Jennifer Lawrence anxious to step out of house; says she is scared of paparazzi

The 24-year-old, Jennifer Lawrence, says that photographers make her anxious every time she goes out, reports contactmusic.com. 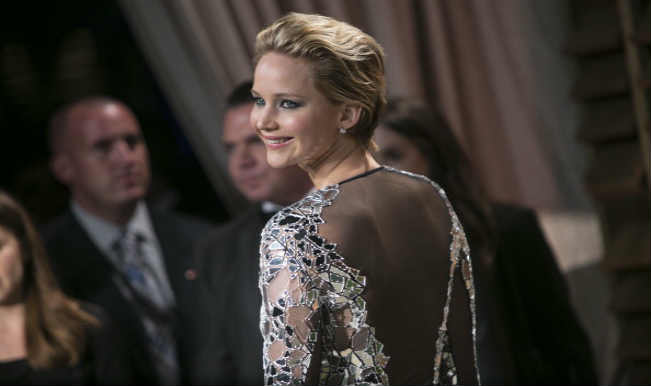 Los Angeles, Nov 19: Actress Jennifer Lawrence says she is “scared” of paparazzi. The 24-year-old says that photographers make her anxious every time she goes out, reports contactmusic.com. “I knew the paparazzi were going to be a reality in my life,” she said. “But I didn’t know that I would feel anxiety every time I open my front door, or that being chased by 10 men you don’t know, or being surrounded, feels invasive and makes me feel scared and gets my adrenaline going every day.” Also Read - Harvey Weinstein Denies Salma Hayek's Sexual Allegations, Says He Does Not Recall Pressuring Her To Do A Lesbian Sex Scene

Lawrence – who had personal photos hacked and then leaked online earlier this year – is lobbying for people to be protected against the sharing of such images. “If somebody jumps my fence and takes a picture through my window of me naked, that’s illegal, but the photos can still be everywhere the next day, and that makes no sense,” she said. Meanwhile, the star previously slammed the photo hack, calling it a “sex crime”. Also Read - Katie Price Refuses To Name The Celebrity Who Raped Her, Find Out Why

“It is not a scandal. It is a sex crime. It is a sexual violation. It’s disgusting. The law needs to be changed, and we need to change.” “Just because I’m a public figure, just because I’m an actress, does not mean that I asked for this. It does not mean that it comes with the territory. It’s my body, and it should be my choice, and the fact that it is not my choice is absolutely disgusting. I can’t believe that we even live in that kind of world,” she said.