Jennifer Winget and Karan Singh Grover together no more!

Jennifer and Karan have been staying separately for the last few months. The former was hoping things would settle down eventually and hence, maintained that everything was fine between them. 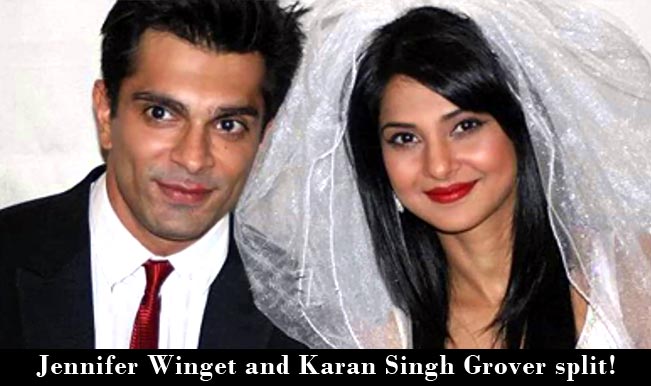 Also Read - Go Chic With Polka Dots: Take Inspiration From These Bollywood Divas For Your Next Outing

We first saw them on Dil Mill Gaye and fell in love with them. One of the most loved jodis of the television world, Jennifer Winget and Karan Singh Grover had the typical fairytale romance. However, the duo has called it a split! Jennifer Winget has finally admitted that the two are together no more. They tied the knot in April 2012. Also Read - Bigg Boss 14 Contestants News: Naagin 3 Star Pearl V Puri Offered Rs 5 cr to Participate in New Season?

In an official statement issued to Bombay Times, the actress’s spokes-person said, “Jennifer is currently shooting for Kunal Kohli‘s film in London and has requested not to be disturbed. Jennifer has also requested for implicit privacy at this stage in her life.” Also Read - Bigg Boss 14 Contestants News: Jennifer Winget Turns Down Rs 3 cr; Shivin Narang Ready to Participate?

If rumours are to be believed, Jennifer and Karan have been staying separately for the last few months. The former was hoping things would settle down eventually and hence, maintained that everything was fine between them. A friend of the couple tells us, “Karan is infamous for his philandering ways. Jennifer was so fed up that she started living separately, but she wanted her marriage to work. However, Karan told her clearly that he doesn’t believe in the institution of marriage and wants to be a free bird. He is commitment-phobic. In fact, he told his close buddies who tried to intervene that he will not marry again. Even Karan’s parents, who love Jennifer, tried to convince him, but in vain.”