The small town boy had his share of lows in the show as well, especially with some of his not-so impressive acts. But Ashish was determined and his hard work is what got him to the grand finale. 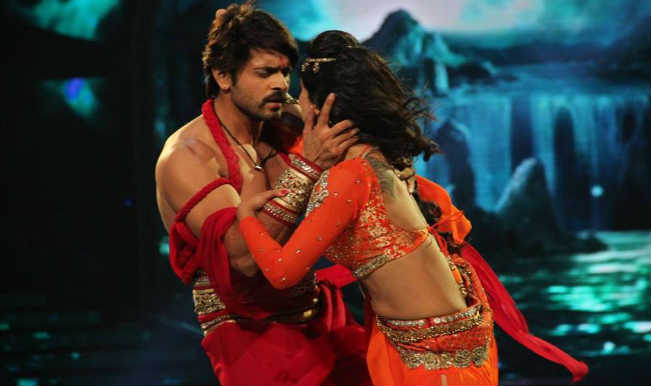 The celebrity dance reality show Jhalak Dikhhla Jaa’s season 7 has finally come to an end. Akin to the earlier seasons, the television soap Rangrasiya fame has bagged winner’s trophy, beating ace dancers such as Mouni Roy, Shakti Mohan and Karan Tacker in the grand finale.The shy and modest Ashish Sharma, a non trained dancer,  managed to keep the judges awed by his surprisingly great performance throughout the season. Also Read - Liger First Glimpse: From Chaiwala to Kickboxer, Vijay Deverakonda Shows The Punch We All Have Been Waiting For

The small town boy had his share of lows in the show as well, especially with some of his not-so impressive acts. But Ashish was determined and his hard work is what got him to the grand finale. His choreographer Shampa has also left no stone unturned to get the best out of the tele actor and garner accolades from the judges Remo D’souza, Madhuri Dixit and Karan Johar. Also Read - Karan Johar And Other Producers Request Delhi Government to Allow Cinemas to Operate

A non dancer bagging the Jhalak Dikhhla Jaa trophy is not a surprise at all. The winners of the previous seasons of the show, Dristhi Dhami, Gurmeet Choudary, Meiyang Chang, Baichung Bhutia, Prachi Desai and Mona Singh were not exactly dancers by natural flair. And yet, all of them hooked cup beating ace co-contestants.

Another common factor between these winners is that they all are popular household names and the common janta relates to them easily. This is not the reality show where a tele-soap actor makes easily to the finale; Bigg Boss winners – Juhi Parmar, Shweta Tiwari and Urvashi Dholakia were also popular on Television.

Does the popularity of these small screen actors add an advantage to garner votes on reality shows? Well, it does… at least to some extent. That is what the history indicates. Does the janta really fail to notice better talents over their love for these television fames? The answer is best left to you!