The police chargesheet did not have SMSes and telephone calls received by Jiah Khan minutes before her death. 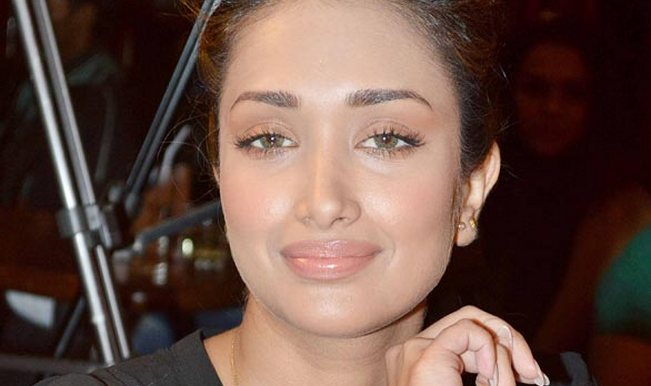 Mumbai, Mar 28: The Bombay High Court today asked Juhu police to explain why it had not included in the chargesheet the text of SMS messages and number of telephone calls received by actor Jiah Khan minutes before her death. Also Read - BMC Mayor Calls Kangana Ranaut '2 Takke Ke Log' While Reacting to HC's Judgment in Property Demolition Case

The Court was hearing a petition filed by Rabia Khan, mother of Jiah, demanding a probe by Special Investigating Team or CBI into the actor’s death as she suspected that it was a case of murder and not suicide. Also Read - BMC Might Move Supreme Court Against HC's Decision in Kangana Ranaut Property Demolition Case

“You (police) must place all the material before the Court and let the Judge decide what to do”, a bench of Justices Naresh Patil and Abhay Thipsay told Additional Public Prosecutor Madhavi Mhatre who represented the State of Maharashtra and Juhu police which is probing the case.

Mhatre sought time to seek instructions from the State and police on their stand for transferring the case to CBI or SIT and why they had not included text of SMS messages and numbers of telephone calls received by Jiah just before she was found dead in her house last year. The bench posted the matter for hearing on April 7.

In October 2013, Rabia had filed a petition seeking CBI probe but did not press for it as the High Court had asked police to record her statement and probe as if it was a case of murder.

The police had probed on these lines and filed a chargesheet saying it was a suicide case and charged actor Suraj Pancholi, Jiah’s boyfriend, for abetment of suicide.

Senior Counsel Mahesh Jethmalani, on behalf of Rabia, argued that he was asking for a fair and transparent probe. “The police have made out a case as if Jiah was a maniac and in depression and hence she committed suicide. But, circumstances point out that this could be a case of murder,” Jethmalani said.

He argued that two days before her death, Jiah had returned from Hyderabad after bagging a role in a film. It is very unlikely that she would commit suicide.

Fifty-year-old Rabia has cited circumstances which point out that Jiah was allegedly killed. The air-conditioner of Jiah’s bedroom was on but windows were open when she was found dead. Also, there is no explanation as to how Jiah reached the ceiling fan to hang herself when there was no stool in house.

Blaming Suraj for her daughter’s death, Rabia said she had carried out a sting operation of few witnesses who said in an audio recording that they had not told police what had been recorded in their statements, thereby doubting the police version that Jiah had committed suicide.

Rabia, a British citizen, has urged the High Court to direct the Juhu police to give her a copy of histopathology report, a copy of videography held during post mortem, copies of SMS exchanged between Suraj and Jiah and a copy of the call details record of Suraj and his father Aditya Pancholi.

Jiah’s mother has also prayed for a direction to the police to provide her with a copy of transcripts of the BBM (Blackberry Messenger services) chat between Suraj and Jiah, copies of details of mobile tower location and allow exhuming Jiah’s body so as to conduct more forensic examinations.

She prayed that police may be directed to book Suraj Pancholi with additional charges under IPC including 302 (murder), 323 (voluntary causing grievous hurt) and 376 (rape).

Rabia claimed that she had learnt through RTI that investigating officer Kalpana Gadekar of Juhu police was not on duty when Jiah Khan was found dead at her home. Yet, there was a telephonic talk between Gadekar and father of accused, Aditya Pancholi, which points at the alleged nexus between the two.

The probe carried out by this officer was so shoddy that there is hardly any material in the chargesheet that would get the accused convicted under 306 of IPC for abetment of suicide, she further said.

Rabia pointed out that the police had ignored the opinion of a forensic expert sought by her. The expert had opined that the injury mark found on Jiah was circular which is impossible in a case of suicide.

Rabia further said that there were no findings of the finger prints at any place in the room. Also, the accused has been allowed to remain scot-free. The police has still not found how Jiah could reach the top of the fan in the absence of any stool or any such object and why the curtains were down and AC was on and window open.

Rabia said the witnesses had denied their statements to the police. For instance, Rabia’s friend Anju Mahendru had told her that she had not told police in her statement that she had opened the window of the room (in which Jiah was found hanging from the fan). The window was already open, Anju said.

One of the doctors had also denied telling police that Jiah had suicidal tendencies. He told Rabia that only once he had seen Jiah in depression, otherwise she was quite normal human being, said the petition.

The other witnesses, who had interacted with Rabia during the sting operation, were the watchman and bouquet vendor. The bouquet vendor had denied telling police that Suraj had sent Jiah a “break-up” bouquet following which she committed suicide. “It was a normal bouquet,” he told Rabia.

Jiah’s mother sought action against police officers alleging that they have tried to shield the accused.