The 49-year-old acclaimed author lashed back at the Westboro Baptist Church comment, which read if the writer wanted the two characters to marry in Ireland 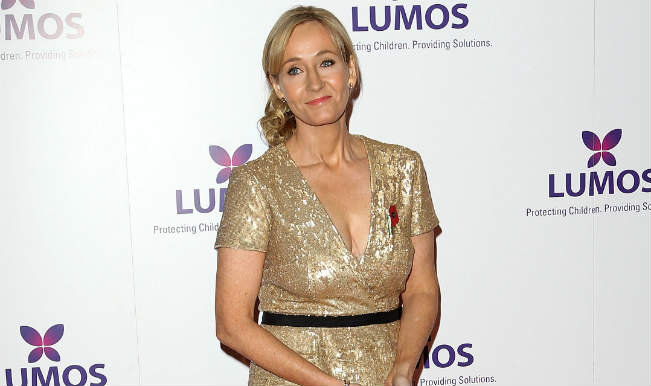 London, May 28: JK Rowling has taken to Twitter troll after they linked her ‘Harry Potter’ character Albus Dumbledore with ‘Lord Of The Rings’ Gandalf as gay partners. (READ: J K Rowling not releasing 12 ‘Harry Potter’ short stories) Also Read - Sushant Day: Kangana Ranaut Launches Attack on Karan Johar, YRF, Mahesh Bhatt, Says 'I Regret Not Being There For You'

The 49-year-old acclaimed author lashed back at the Westboro Baptist Church comment, which read if the writer wanted the two characters to marry in Ireland; if it happens WBC will picket! #notbanned,” and accompanied it with a poster that showed homophobic messages, reported the Mirror. The comment came after a fan proposed a wedding between the Hogwarts headmaster and the wizard. Also Read - 'Dekho Wo Aa Gaya': Memes Flood Twitter After Jack Ma Reappears in Public After Months

Rowling, who recently celebrated Ireland’s vote to back gay marriage, responded by writing “Alas, the sheer awesomeness of such a union in such a place would blow your tiny bigoted minds out of your thick sloping skulls.” It’s not the first time the author, who’s a vocal supporter of gay rights, defended her character, which she had revealed to be gay in 2007.