Shehenshah Akbar receives an anonymous letter which says that his son Salim is not safe and that he would be attacked yet again. The letter also reveals that there is someone from Akbar's darbaar who doesn't want Salim to become the next Shehenshah 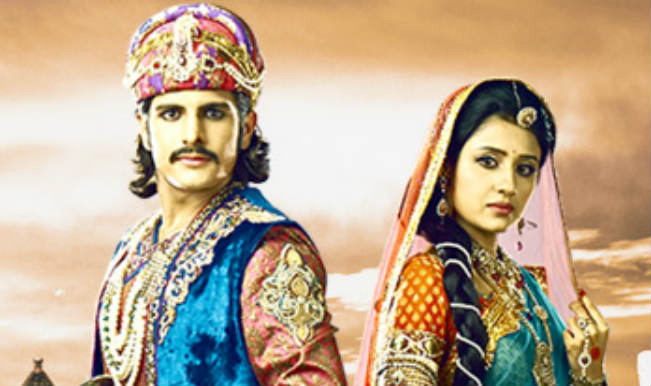 In the previous episode of Jodha Akbar, we saw a grand feats being organized in honour of Prince Salim to mark his return to the palace. Rukaiya gets even more determined to get control of Salim’s life by playing evil tricks. She mixes double dosage of opium in Salim’s milk which makes him dizzy. Salima Begum catches hold of Rukaiya as she notices Salim behaving weirdly. The Begums enter into a scuffle as Salima alleges Rukaiya for drugging Salim. Rukaiya, in turn, passes the buck on Salima, and blames her for being the main culprit. Salima Begum shouts at Rukaiya for her evil job and tells her that she would report the matter to Jalal without wasting a moment. Also Read - Naagin 3 November 24 Written Update: Bela And Vyom Prepare For Their Big Fight as Mahir Comes Close to Know His Wife is Naagin

Shehenshah Akbar receives an anonymous letter which says that his son Salim is not safe and that he would be attacked yet again. The letter also reveals that there is someone from Akbar’s darbaar who doesn’t want Salim to become the next Shehenshah. After the message conveyed through the letter, Akbar becomes more cautious. Also Read - Naagin 3 Spoiler Alert: Yeh Hai Mohabbatein Star Aly Goni to Enter The Show And Create Havoc in Bela and Maahir's Life

Meanwhile, Man Singh also recieves an anonymous letter which says that Shehzaada Salim’s life is under great threat and that someone wants to murder him. When Man Singh, accompanied by a few others, try to take Salim to a  safer place, on the way, they are attacked by the enemy. When Man Singh tries to protect Salim, everyone starts to believe that it was actually Man Singh who was trying to kill Salim. Will Man Singh be able to prove himself innocent?