Joe and Sophie had exchanged vows on May 1, 2019 in a Las Vegas chapel following the Billboard Music Awards.

“I think we would have gone back to Vegas,” he told The Late Late Show host James Corden, reports eonline.com. “So, if you can keep a secret, I would say I might try to recreate Vegas in our house.” Also Read - Nick Jonas' Brother Franklin Jonas Opens Up About Having Suicidal Thoughts, Says 'Tried To Kill Myself Accidentally'

As for how Joe will bring Las Vegas to their home, he said: “I have a DJ set up. We could do a night club.” Also Read - Akshay Kumar Wishes Wife Twinkle Khanna on Wedding Anniversary With a Post About 'Smiles' And Togetherness

Joe and Sophie had exchanged vows on May 1, 2019 in a Las Vegas chapel following the Billboard Music Awards. The impromptu ceremony was intended to be kept a secret, but DJ Diplo’s live coverage of the event on social media ruined their plans. 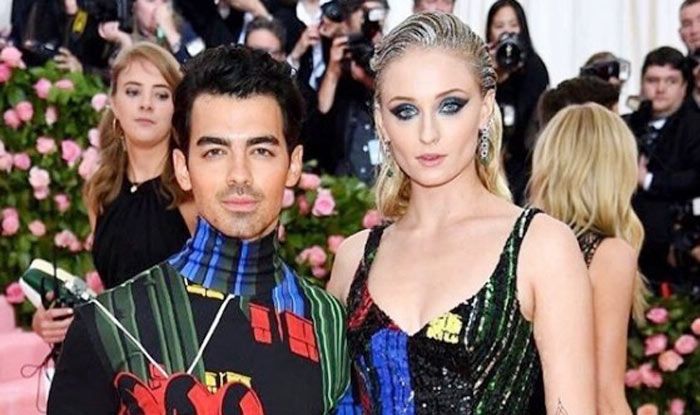 One month later, Joe and Sophie had their second wedding ceremony in France.

Joe admitted that he and Sophie used to celebrate every relationship milestone back when they were dating.