John Abraham has a message for ex-girlfriend Bipasha Basu

What has John Abraham got to tell now to Karan Singh Grover's wifey Bipasha Basu?

When the news broke out that the Bong beauty Bipasha Basu is going to get hitched with Karan Singh Grover, the first thing her fans wanted to know was who all would be part of this big day. The curiosity was more on whether she’ll invite her ex-boyfriends or not for the wedding. Then there was the buzz that Bipasha has no plans to invite her ex-boyfriends on her special day. Also Read - Deepika Padukone Reunites With Shah Rukh Khan For Pathan, To Start Shooting Today

But on April 30, the wedding day we did see one of her exes – Dino Morea and yeah, he was invited. Despite parting ways, Bipasha Basu and Dino Morea still remained as good friends. Dino had even mentioned that even if Bipasha won’t invite him, he would still go for the wedding and he did and we also saw some great pictures from the wedding reception. But we did not see John Abraham or Harman Baweja neither were these handsome hunks invited. But Harman did wish his ex-girlfriend all the good luck. (ALSO READ: Bipasha Basu and Karan Singh Grover wedding: The Bong beauty has no plans to invite her ex-boyfriends for her marriage ceremony!) Also Read - Shah Rukh Khan Begins Shooting For His Upcoming Film Pathan, Pictures Go Viral 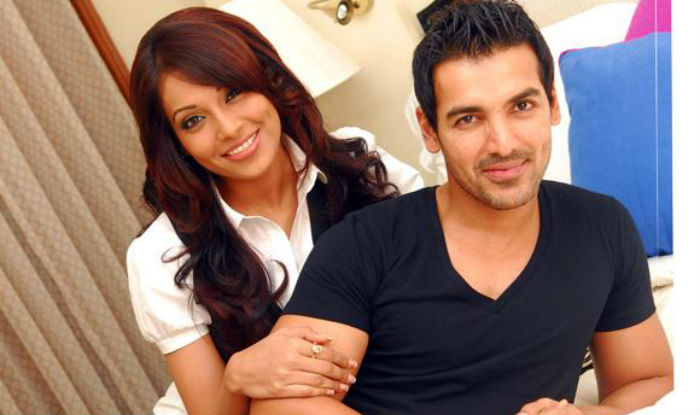 We all know the fact that John Abraham is quite a private person. He doesn’t like to discuss much about his personal life in media. After parting ways with Bipasha Basu, the duos have never spoken to each other. Now there’s the buzz stating that John Abraham has said something when he was asked about his ex-flame Bipasha Basu. Yes, when the dashing actor was asked in regard to Bipasha and Karan Singh Grover’s marriage he said, “I wish her all the best!”, reports Mumbai Mirror. (ALSO READ: Bipasha Basu’s ex-boyfriend Harman Baweja has a message for her and Karan Singh Grover)

Oh yeah! Finally John Abraham commented on the newlyweds. Speaking about the monkey couple Bipasha and Karan, they are back home from their honeymoon trip and are now seen chilling with near and dear ones.