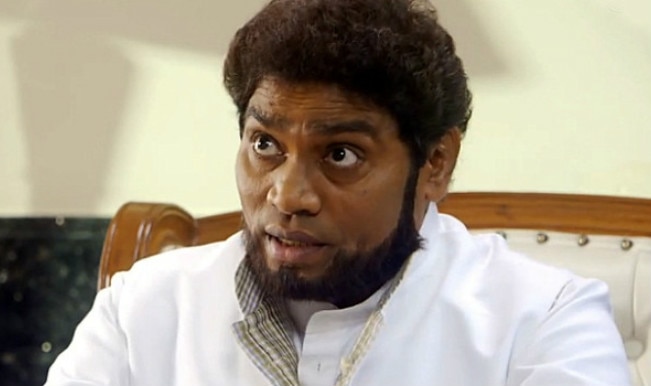 News of veteran comedian Johnny Lever’s death has been making rounds of the news. However, his daughter rubbished the rumours and confirmed that her father is perfectly fine. In fact the 57-year-old actor is busy shooting for an assignment currently. Johnny’s daughter announced on her twitter profile that “There’s a false rumour out about dad. FYI he is absolutely alright Fit as ever at shoot today.” (ALSO READ: Jackie Chan slams death hoax; says ‘I’m still alive’) Also Read - Forget ‘Don't Rush’ Trend, Watch Johnny Lever, Jamie Lever And Jessey Lever’s ‘Don’t Touch Challenge’

Johnny began his acting career in 1984 and is counted as one of the noted comedians of Bollywood. The actor is going to make a comeback to the big screen with Shah Rukh Khan and Kajol starrer Dilwale and Housefull 3. The Rohit Shetty film also stars Varun Dhawan and Kriti Sanon in lead roles and is scheduled for December release. Whereas, Sajid Nadiawala’s Housefull 3 is slated to hit the screens by next year. Also Read - Jagdeep's Funeral: Johnny Lever Pays His Last Respects, Jaaved Jaferi-Naved Jafri Clicked

Well, with two big films lined up for release in the coming months, the comedian will surely make you go ROFL with his comic timing. So all you Johnny Lever fans who believed that your favourite actor is no more can now rejoice. Since the actor is all perfect and fine, you all can sit back and relax.

Johnny Lever is not the only celebrity who has fallen prey to death hoax. Other celebrities who have been rumoured as dead are Lata Mangeskar, Dilip Kumar, Amitabh Bachchan, Shakti Kapoor and Ayushmann Khurrana. Bollywood actress Katrina Kaif went out of reach few months back which gave birth to her death rumours. (ALSO READ: Dilip Kumar death hoax: Is the social media reliable?)