Kangana Ranaut and Rajkummar Rao‘s killer thriller JudgeMentall Hai Kya released on Friday, July 26 and received praises from the audience. On day two, the film has collected a total of Rs 13.42 crore. Also Read - Kangana Ranaut Shames Swara Bhasker With a 'Crass' Meme, She Replies With a 'Classy' Tweet

The film faced Box Office clash with Kriti Sanon and Diljit Dosanjh’s Arjun Patiala but managed to collect more. On its first day, the film garnered Rs 5.40 crore and on its second, Rs 8.02 crore. Kangana even took to her Instagram stories to share the figures along with a poster of the film. Also Read - The White Tiger Full HD Available For Free Download Online on Tamilrockers And Other Torrent Sites 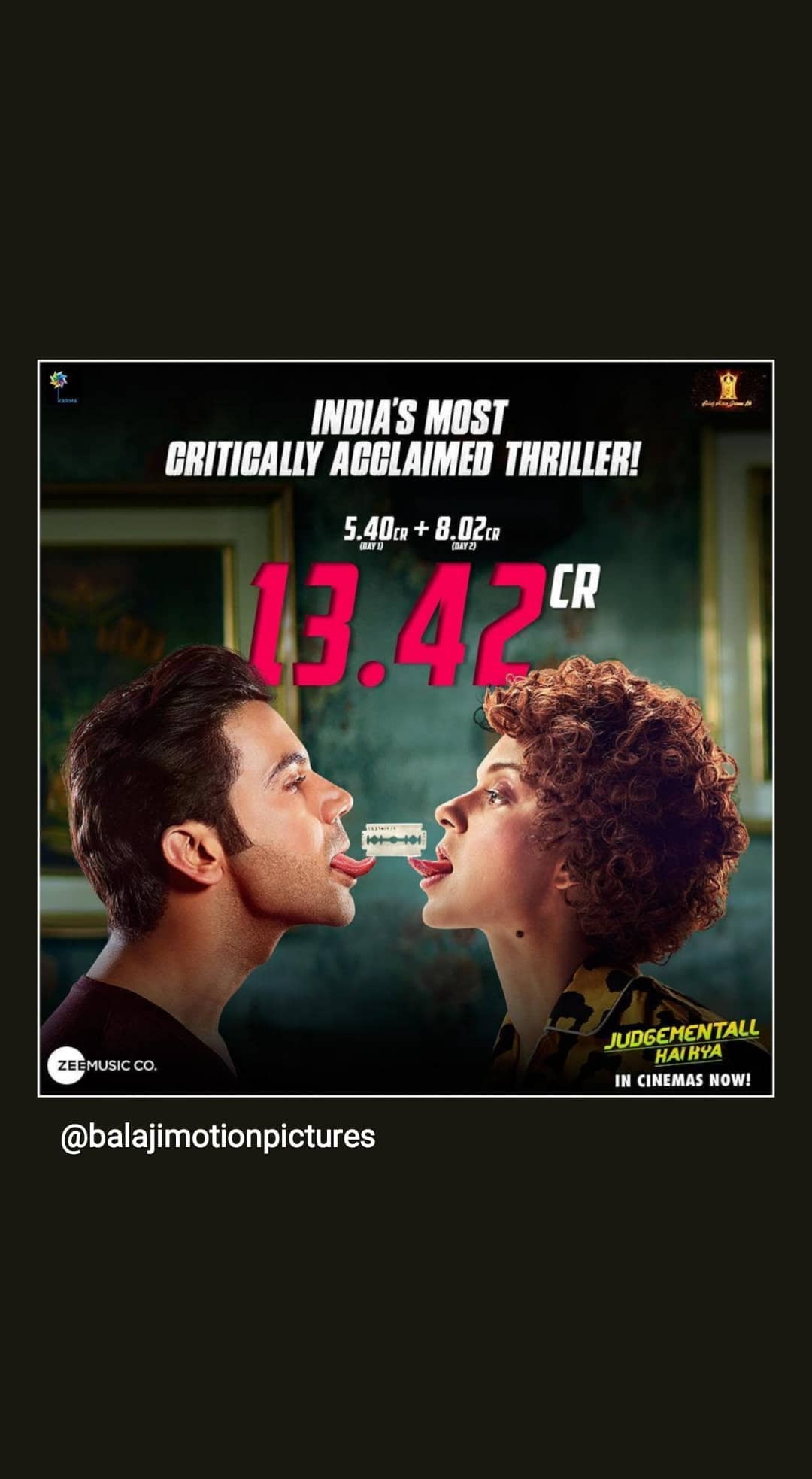 The dark comedy revolves around the story of Bobby (Kangana) and Keshav (Rajkummar) as they lead their life trying to figure out the difference between reality and illusions. A murder investigation brings more chaos to their lives. It is about finding the person behind the murder. Also Read - Akshay Kumar Gets Republic Day 2022 For Bachchan Pandey's Release

The film has been surrounded by controversy for its initial title Mental Hai Kya. The makers later changed the title to Judgementall Hai Kya.

Talking about her film’s title, JudgeMentall Hai Kya, National Award-winning actor, said that she does not relate to it. “I don’t think I am a judgemental person. I am quite unassuming that way,” Kangana said.

Kangana is reuniting with her Queen co-star Rajkummar Rao after five years with this film.

Rajkummar Rao will also be seen in Made In China alongside Mouni Roy and Dinesh Vijan’s RoohiAfza opposite Janhvi Kapoor. Kangana, who was last seen in Manikarnika: Queen of Jhansi, has been prepping for Ashwini Iyer’s Panga.