Kaalakaandi New Poster: Saif Ali Khan Is Going To Be The Ringmaster Of This Dark Comedy

Saif has an interesting film on his hands here

Saif Ali Khan’s new look in the film made fans wonder if this is going to be another funky or offbeat role played by the actor, something like he did in Go Goa Gone. And judging by the new poster that is just out, we can confirm it is that. Though similar to the first look, Saif only looks more dazed in the new poster, and it is looking helluva promising. In addition, the film is helmed by the writer of Delhi Belly, which was one of the best modern comedies of Bollywood. So that bodes well for Saif’s upcoming film. ALSO READ: Kaalakaandi Teaser Poster OUT: Saif Ali Khan Starrer’s 15 Second Long Video Is The Perfect Tease For The Film’s TrailerAlso Read - Squid Game: Pakistanis Object to Show's Casting, Say 'It's Frustrating' - Check Tweets

The film is based in the bustling city of the country’s financial capital, Mumbai, and the poster does well to highlight that. The poster is pink, quirky, and surely unlike most film posters you’ve seen of late. And looking at Saif’s get up above it all, we can see why he was so excited about it. And with the trailer of the film set to be out today, this comes as a good build up. Check it out here: Also Read - Squid Game Review: Why This South Korean Survival Thriller is a Must-Watch! 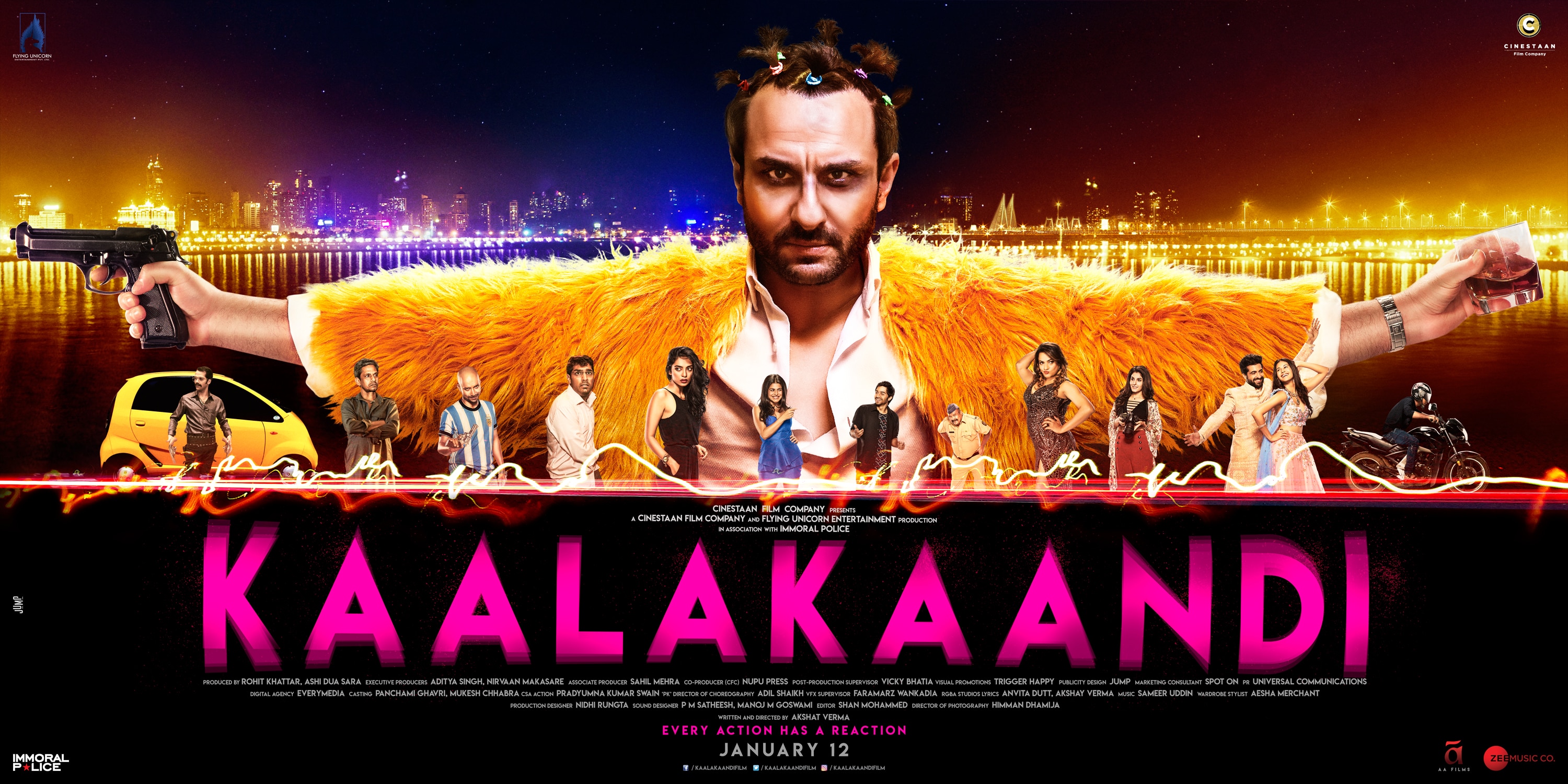 Saif Ali Khan said about the film in a statement, “Kaalakaandi is a film I’m so happy to be a part of! It’s a cross-section of Mumbai with underworld goons, doomed bankers and idealistic lovers all mixed together in this karmic tale about love, crime and living a lifetime in one night!! Akshat has written and directed this unique movie…. and he is probably the only voice who tells it exactly like it actually is…. Mumbai is a crazy, beautiful city and he has captured it perfectly in this very fun and very moving film!!” Written and directed by Akshat Verma, the writer of the Aamir Khan production Delhi Belly (2011), the film also stars Deepak Dobriyal, Vijay Raz, Kunal Roy Kapoor, Sobhita Dhulipala, Akshay Oberoi, Isha Talwar, Shenaz Treasury, Shivam Patil, Amyra Dastur and Neil Bhoopalam.