You will not find a Bollywood celebrity without a plan for the New Year 2018. While some already have plans for a party – grand or private – set while in Mumbai, there are others who have already flown out to some exotic locales to ring in the new year. Kajol and Ajay Devgn too had their New Year eve all chalked out but an inadvertent situation has thrown all the plan off gear. The actress has twisted her ankle and has been in pain. She has been asked by the physician to rest her foot and have a crepe bandage on. Also Read - Man Stops Ajay Devgn's Car in Mumbai to Ask Him to Speak on Farmers Protest, Arrested

The actress took to social media to share a post, revealing about the injury and tagging it, “All dressed up for New Years Eve.” Letting her hair down on the dance floor will be a total ‘no-no’ and travelling to a far away place may be out of the charts too. But all is good as long as you get to spend some together time with your loved ones keeping you warm. Isn’t it? ALSO READ: Revealed: Salman Khan, Shah Rukh Khan, Virushka, Ranveer Singh – Deepika Padukone, Alia Bhatt’s New Year 2018 Plans Also Read - Ajay Devgn Begins Shooting For Gangubai Kathiawadi, Reunites With Sanjay Leela Bhansali After 22 Years 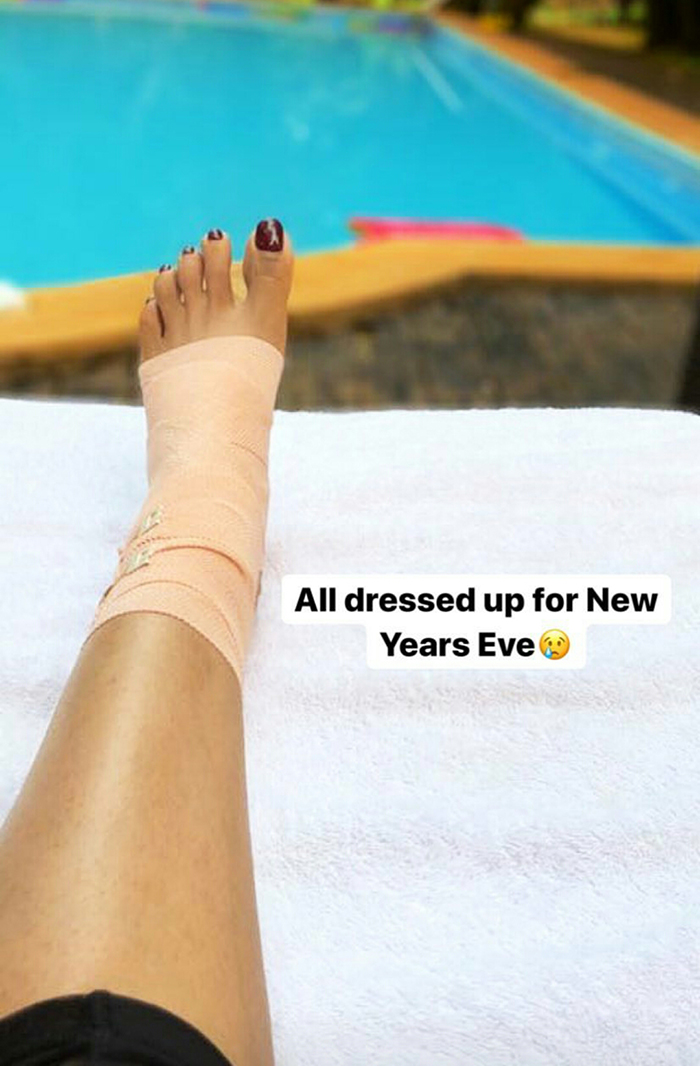 Not just Kajol and Ajay Devgn, there are few others stars as well who will be in Mumbai only for New Year. Priyanka Chopra is in the city right now and Salman Khan too has plans to ring in the year with his family and close friends at his Panvel farm house. Shah Rukh Khan might throw a small party at Mannat since its also a time when his kids Aryan and Suhana are home for the holidays. Aamir Khan will not be in the city, but around it. He is taking off to Goa with Kiran Rao and son Azad. Also Read - After Success of Mohanlal's Drishyam 2, Ajay Devgn And Tabu Come Together For Hindi Remake