Kajol and Dhanush launch the trailer of VIP 2 – view pics

Kajol looked gorgeous as always in her red dress, while Dhanush looked dapper in his classic tuxedo

Dhanush and Kajol‘s Tamil film, Velaiyilla Pattathari 2 (VIP 2) has been in the news ever since it was announced. It’s the first time, we will get to see Kajol and Dhanush on the big screen, and fans of both are super excited. The trailer of the film will be available on the internet any moment now, however, Kajol, Dhanush along with Dhanush’s sister-in-law and director of the film, Soundarya shoed it to some journalists just few minutes back in Mumbai. While Kajol picked a gorgeous red dress for the event, Dhanush looked dapper in his classic tuxedo. As for Soundarya, she slipped into a black Indian outfit with golden embroidery on it. Check out the pictures from the event right here: Also Read - Nushrratt Bharuccha, Rajkummar Rao Recreate Shah Rukh Khan, Kajol's Iconic Scene From DDLJ | WATCH 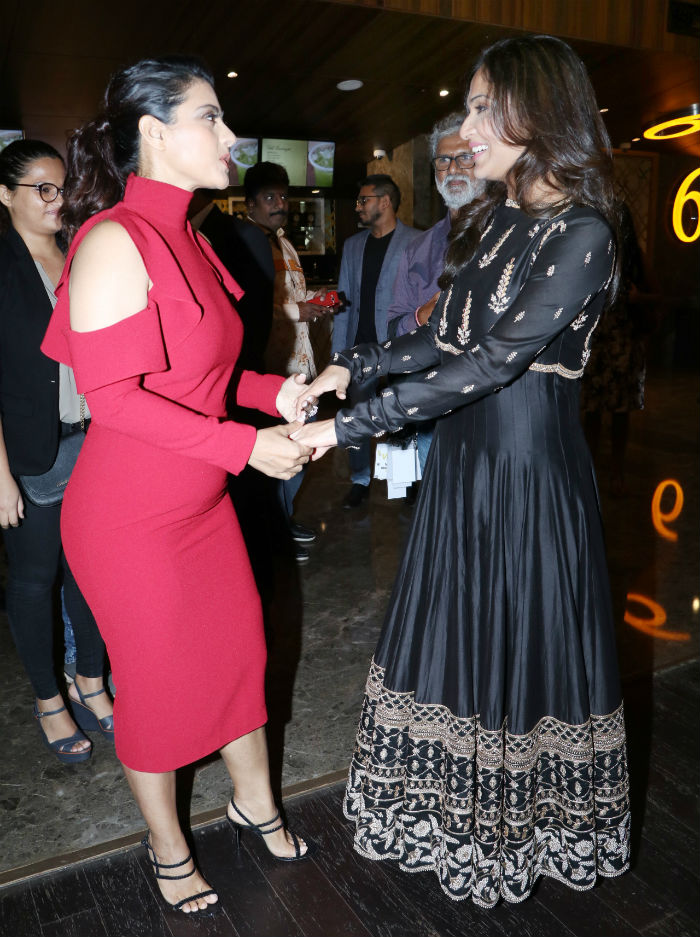 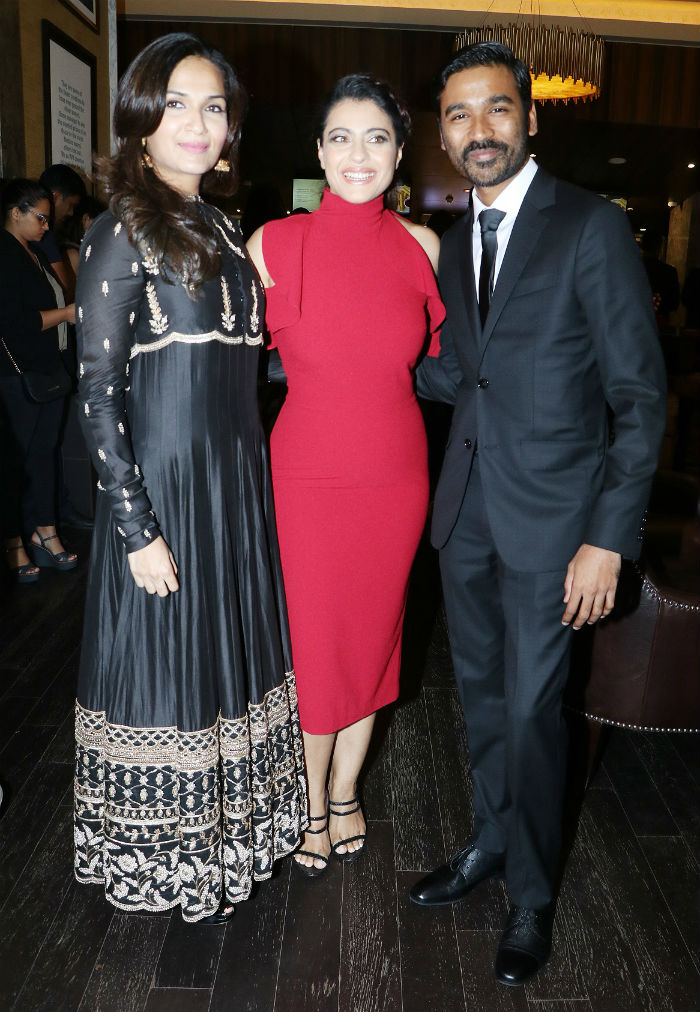 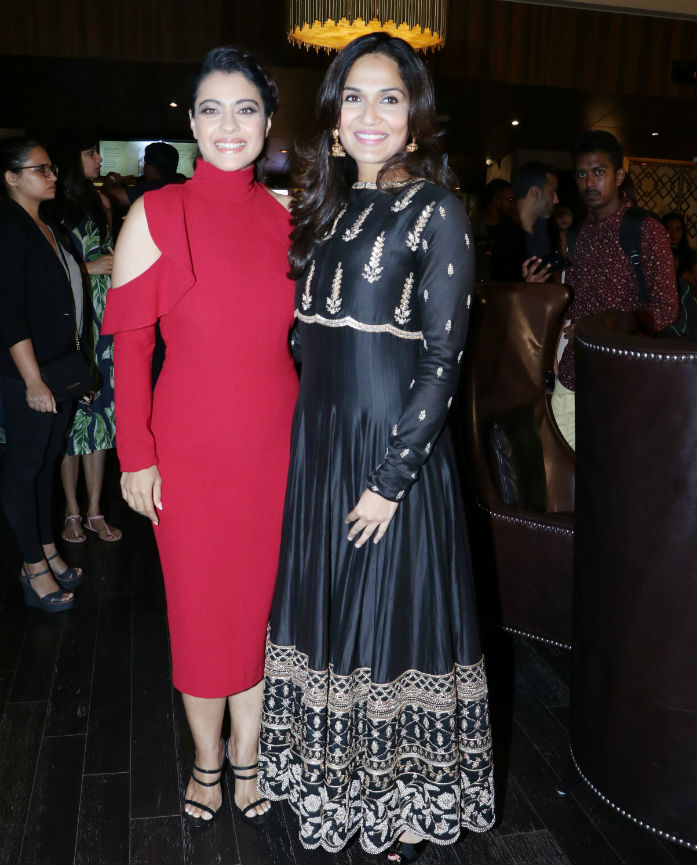 Earlier in the morning, we told you that the Hindi version of Velaiyilla Pattathari 2 will now be called VIP 2 (Lalkar). According to IANS, the makers  wanted the title to be pan-India. “It was a strategic move to make sure the film reaches across all states. With Kajol and Dhanush coming together in a movie for the first time, the title has to connect with the masses. Both the actors have a huge fan base in the North, so we thought of leveraging it thereby keeping a more relatable and easy name for the audience,” Soundarya told the news agency. For those of you who don’t know, Soundarya is Rajinikanth’s daughter. ALSO READ: VIP 2 teaser: Dhanush aka Raghuvaran is back in action! But where is Kajol? Also Read - 25 Years of DDLJ: Twitter India Launches Cowbell Emoji to Celebrate The Iconic Romance

The film went on floors last year in December. Kajol is making a comeback in the Tamil film industry after two decades with VIP 2, which is the sequel to Dhanush’s 2014 blockbuster filmVelailla Pattathari, directed by Velraj. The second part is produced by Dhanush and also stars Amala Paul, Vivek, Saranya Ponvannanand and Samuthirakani.