Kamaal R Khan has given his nod for Nach Baliye 7. 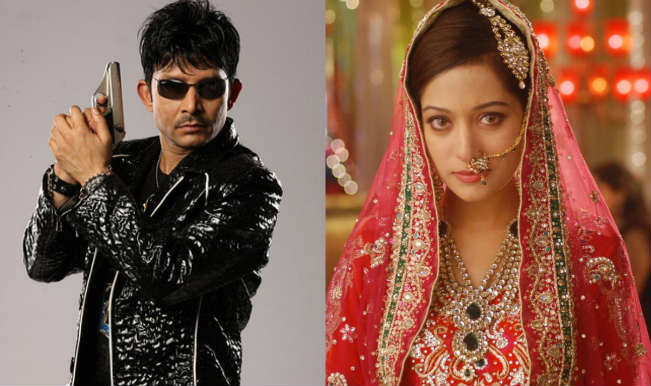 Kamaal R Khan aka KRK is notorious for his nasty tweets about the B-town industry. The Bigg Boss 5 contestants is a self-claimed-to fame celebrity, who keeps on commenting on every event happening in Bollywood. The Desh Drohi actor was recently approached for dance reality show Nach Baliye. Though KRK at first denied to do the show since he didn’t have a partner for the show. (ALSO READ : Kamaal R Khan contiunes to abuse comedian Kapil Sharma on Twitter!) Also Read - Television Hottie Anita Hassanandani Looks Like a Lady Boss in Grey Pantsuit - See Pics

A little birdy chirped to us that Kamaal has secretly given his nod to the reality show. When asked about his baliye, KRK said that he definitely has a partner who is from the industry as well. She is currently working for the small screen. Well, KRK is keen on keeping the identity of his dance partner under covers and asks us to wait till the show goes on air. (ALSO READ : Kamaal R Khan in talks for Nach Baliye 7?) Also Read - Erica Fernandes-Parth Samthaan Colour Nach Baliye 9's Stage Pink With Love And THESE Pictures Are Proof!

Beintehaa actress, Preetika Rao was also approached by the Nach Baliye team. But the actress is not eligible for the reality show since she has no partner. Preetika quoted to TellyChakkar, that she was approached for the reality show and since dancing is not her forte, she denied to take up the show. Besides, Preetika also revealed that she doesn’t have a baliye, which makes her ineligible for the show.

Nach Baliye 7 is expected to go on air by May. KRK is a confirmed contestant now, but we wonder who all else will compete with the notorious actor in this new season of the reality show. Rithvik Dhanjani and Asha Negi took home the winner trophy for Nach Baliye 6, now it would be interesting to see who wins this season and how.