KGF 2 Release Date Out: Yash Aka Rocky Bhai, Sanjay Dutt as Adheera Set to Rule Screens on THIS Date

KGF Chapter 2 Release Date: Yash Aka Rocky Bhai And Sanjay Dutt as Adheera Are Set To Entertain Fans on THIS Date! Are You Excited?

06:32: The wait is finally over! KGF: Chapter 2 is all set for July 16 release. Taking to Twitter, Yash announced the releasing date and wrote, “Fasten your seat belt coz the date is set. (sic)”

Fasten your seat belt coz the date is set.. 😎 pic.twitter.com/LsmIvf7SSz

06:00: Rocky’s romantic partner Reena played by Srinidhi Shetty is expected to make Rocky chose between his love and violence.

5:45: Raveena Tandon essays the role of political leader Ramika Sen in KGF: Chapter 2. If the speculations are to be believed, she will influence Rocky’s control over the Kolar Gold Mines.

5:40: Sanjay Dutt, who plays the antagonist Andheera in the much-anticipated film is seen in a Viking-inspired look. He plays the role of Adheera, brother of Sooryavardhan and late ruler of Kolar Gold Mines, and Adheera is revengeful. Ramesh India essayed the role of Sooryavardhan in KGF Chapter 1 whose son Garuda, played by Ramachandra Raju, was the villain of the film and was killed by Rocky.

5:30 PM: The protagonist of the blockbuster hit film Rocky played by Yash has gained control of the Kolar Gold Mines (KGF) where he once used to work. Rocky’s look in the upcoming film is intriguing.

11 AM: Sanjay Dutt, Raveena Tandon, Yash took to their Instagram story to tease fans with the announcement coming of the release date. 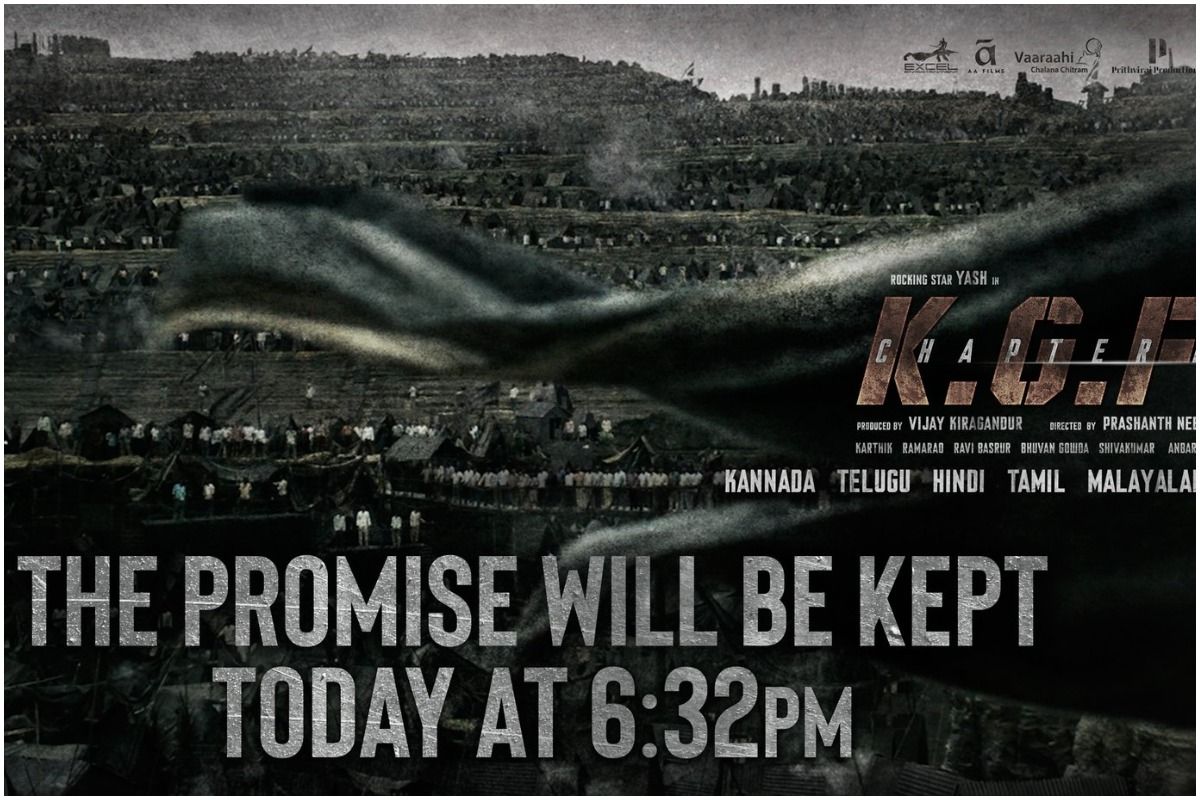 KGF: Chapter 2, the most-anticipated movie of the year, is all set to release this year and the release date announcement will be made on Friday evening at 6:32 pm and the ‘promise will be kept’. The film features an ensemble cast including Yash as Rocky, Sanjay Dutt as Adheera, Raveena Tandon as Ramika Sen, and Srinidhi Shetty as Reena. The film is directed by Prashnath Neel.

As the Union Government has given permission to states to increase the occupancy rate in the cinema halls, the makers of KGF: Chapter 2 are all set to release the film in theatres and finally unveil the release date. The film also stars Anant Nag, Nagabharana, Prakash Raj, Malavika Avinash, Achyuth Kumar, Archana Jois, among others in important roles.

The final portions of the film’s shoot began in August with Prakash Raj joining the star cast at Kanteerava Studios. KGF 2 teaser was also released on Yash’s birthday, which received a tremendous response from the audience. The music has been composed by Ravi Basrur and the cinematographer is done by Bhuvan Gowda.