It’s an important and special month for Karan Johar, who will be celebrating his mother’s platinum jubilee ie 75th birthday on March 18. Needless to say, he has planned the perfect birthday bash for his mom and has invited all his industry friends to attend the party and be a part of this special day. It seems Karan wanted to attend Alia Bhatt’s birthday party in Bulgaria, one that is being planned by Ranbir Kapoor and Ayan Mukerji, but because he has planned a grand party at home for his mommy dearest, he decided to skip Alia’s party to focus on his own. Also Read - Shah Rukh Khan's Daughter Suhana Khan's Pout Game is Unmissable, Video goes Viral | Watch

Well, one can only expect an extravaganza when Karan is involved. Everything, from the invitation card to the party venue is exquisite to say the least. Karan’s dear friend, Gauri Khan took to Twitter to give us a glimpse of Hiroo Johar’s birthday invitation and to say that we were blown away seeing how grand and extravagant it looked, will be an understatement. The invitation hamper comprises a bouquet of white roses, a bottle of champagne, a box of chocolates and of course cake! And how can an invitation hamper go without an invitation card, which was a scrolled message. Take a look at the hamper below : Also Read - Saroj Khan Death: Kajol And Shah Rukh Khan Pay Tribute to ‘Coolest Choreographer’ And ‘Genuine Teacher’ 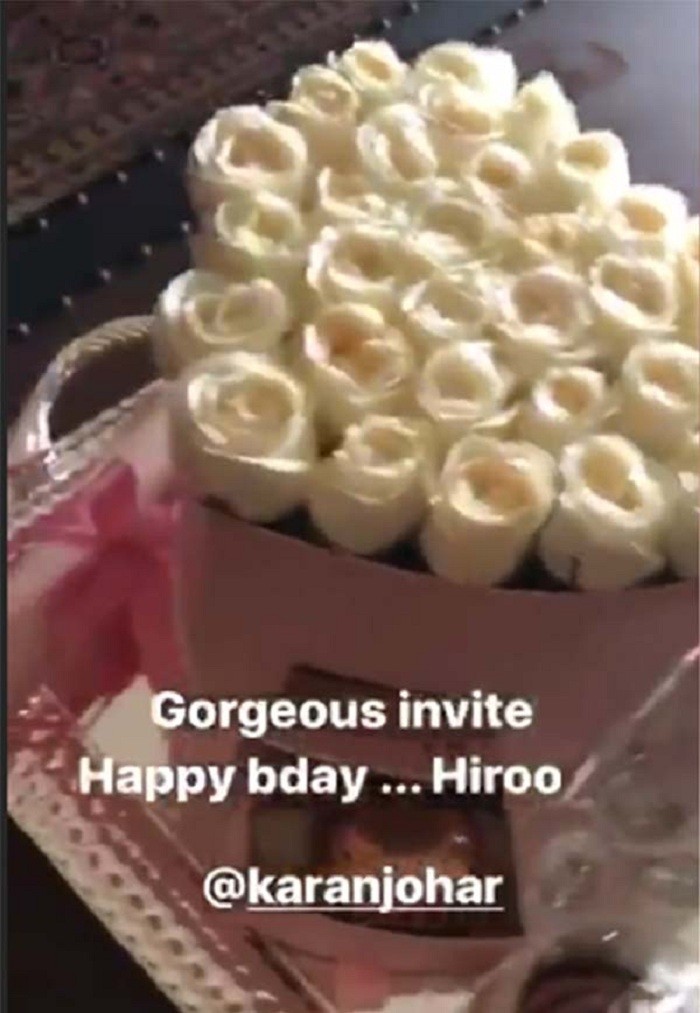 Also Read - 'Garmi' But Graceful: Doctor in PPE Suit Grooves to Nora Fatehi-Varun Dhawan's Song And we Are Smitten! WATCH 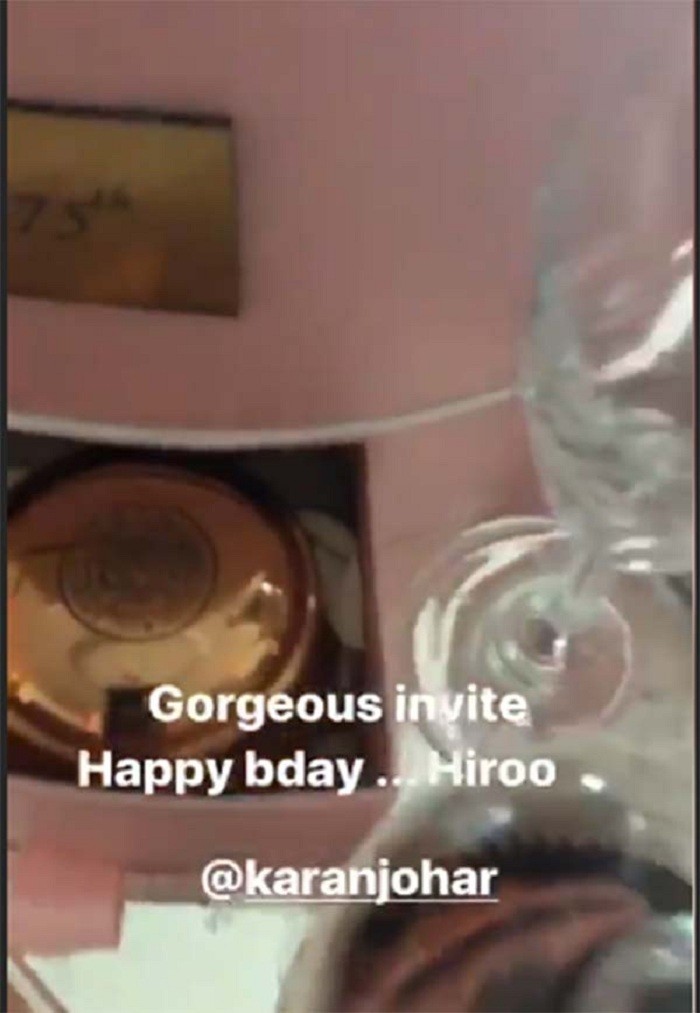 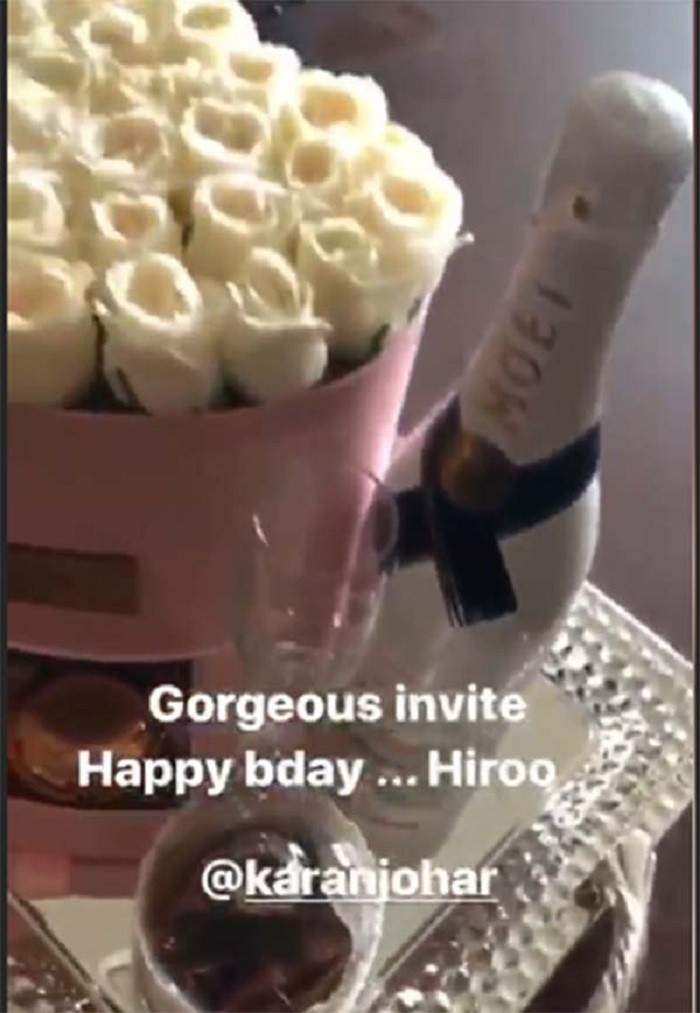 Seeing the white and pink themed invitation card, one can easily guess that it has been designed by KJo. The entire hamper exudes class and taste and no one better than Karan Johar can claim to be the mastermind behind it. Anyway, the grand birthday celebration of Hiroo Johar is expected to have Karan’s closest friends attending it. We’re sure Shah Rukh Khan, Gauri Khan, Varun Dhawan, Manish Malhotra and Sidharth Malhotra will definitely make it to the list.