Get ready for your daily dose of Taimur!

It’s Saturday morning and we’re in need of a dose of our favourite, Taimur Ali Khan. Kareena Kapoor Khan and Saif Ali Khan‘s one-year-old son, Taimur never ceases to brighten up our day. The little munchkin along with her mommy was in Rajasthan, where his father is currently shooting for his upcoming period drama that also stars R Madhavan and Sonakshi Sinha. They had quite a mini vacation playing gully cricket with the kids there and roaming around in the jeep. The Chote Nawab who has quite a fan following, had people coming out of their homes to catch a glimpse of him and to say that we weren’t surprised won’t be a lie. The little one has surpassed the popularity of every Bollywood superstar at such a young age and also has a number of fan clubs on social media. Just imagine! Anyway, he along with Kareena is back in the city and last evening, on the special occasion of Holi, the mother-son duo was spotted outside Karisma Kapoor‘s building. Also Read - What is Kareena Kapoor Khan – Saif Ali Khan’s Baby Name? Nana Randhir Kapoor Has to Say This

Kareena looked stunning as ever in a white top and black trousers. She completed the look with sunglasses and nude makeup. On the other hand, Taimur was seen posing for the shutterbugs, looking as adorable as ever. Like his mother, he seems to be at utmost ease with the paps capturing him. The kid is, after all, every photographers’ dream. While, it isn’t easy to get little ones to pose, looks like Taimur has fallen in love with the camera. He is even seen looking straight at the paps going click! The comfort for the limelight and attention has a genetic connection, so why not? Take a look at the pics below : Also Read - Bank Holidays in March 2021: Banks to Remain Closed For 11 days | Check Complete List Here 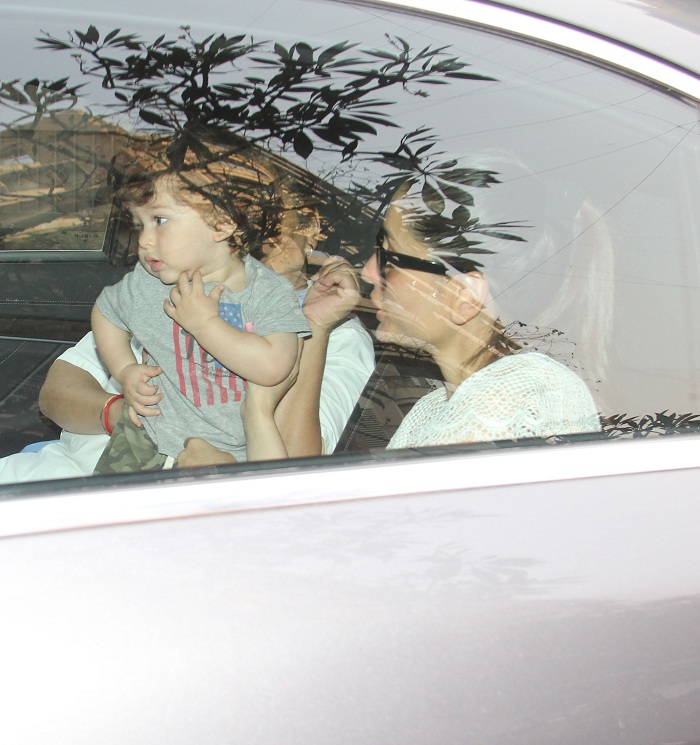 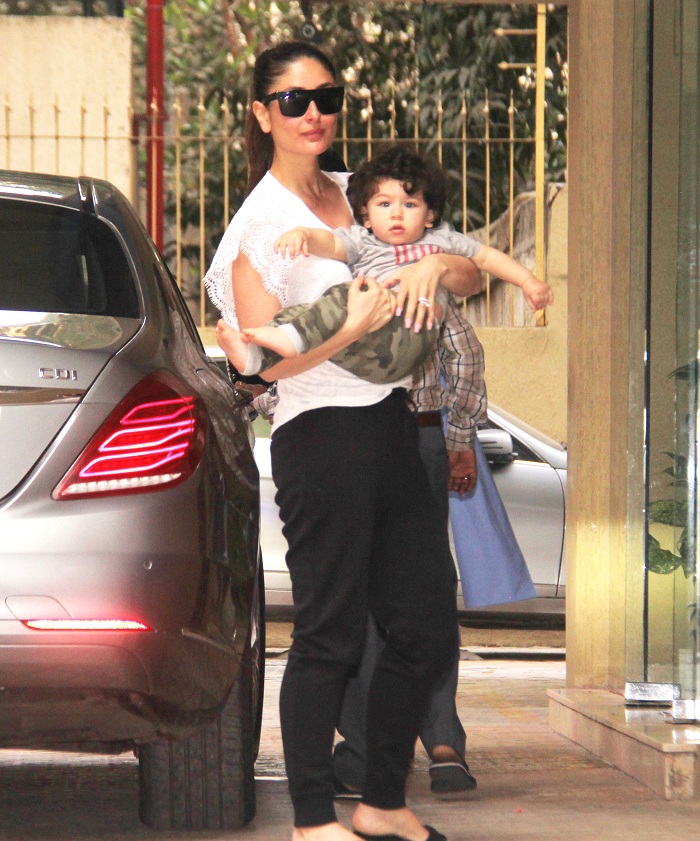 Kareena wrote a blog lately for a leading daily wherein she stated how lucky she has been to enter into the parenthood phase. She shared, “I remember some long days and nights, without much sleep. Some were frustrating, as I tried inexpertly to calm my crying child. Some were simply bliss – as I treasured the new life that I had been able to bring into the world.” Saif on the other hand too can’t get enough of his “rather delectable” son. Speaking to a leading daily, he said, “Taimur is rather delectable, so I don’t blame anyone. It’s a price he has to pay for it,”  Well, we couldn’t agree more. Don’t you agree?