Guess who’s back in town? Bollywood’s cutest star kid and our favourite Taimur Ali Khan Pataudi with his parents Kareena Kapoor Khan and Saif Ali Khan. The trio had been to Switzerland for Taimur’s first international vacay. We all got a glimpse of the fun time they had at Gstaad, which has been Saifeena’s favourite holiday destination. And last night they landed in the city when they were snapped by the shutterbugs.Also Read - 9 Most Dazzling And Costly Wedding Rings Worn by Bollywood Actresses

Our little chubby Nawab was in daddy’s arm, looking cute like a button. The little one was wide awake and we just can’t stop gushing over just how adorable he looks. Kareena has made sure that her son is as stylish as her and so we see Taimur sporting a cool casual vacay look in a yellow and blue tee over blue jeans. Meanwhile, Kareena went for an uber casual look where as Saif was spotted in formal brown suede pants and pink checkered shirt. Moments after they landed at the airport pic of the trio started going viral. After all, the mother-son duo is the paparazzi’s favourite. Also Read - 61 Percent Indian Travellers Prefer to Go Local And Explore Domestic Destinations: Survey 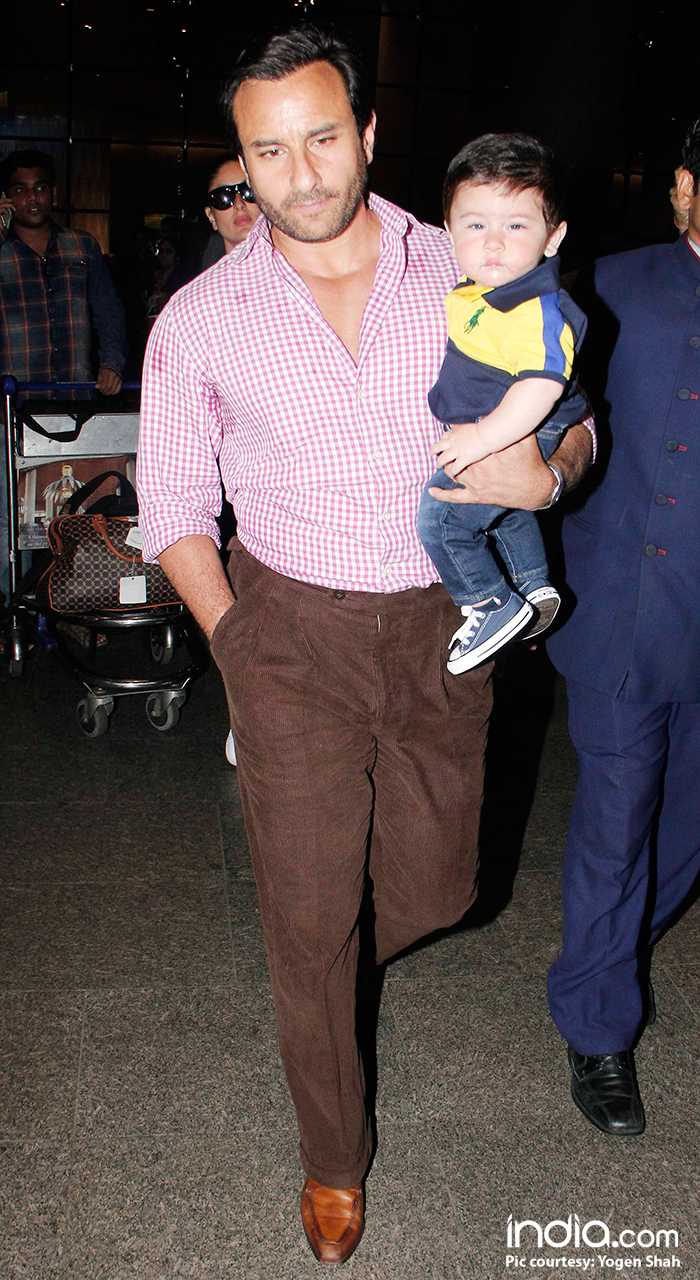 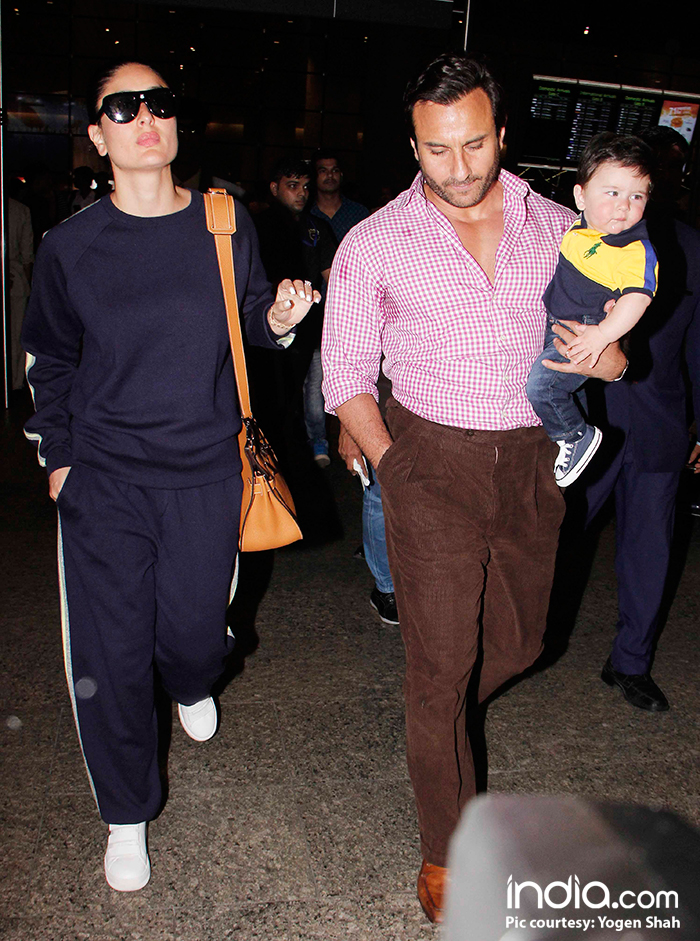 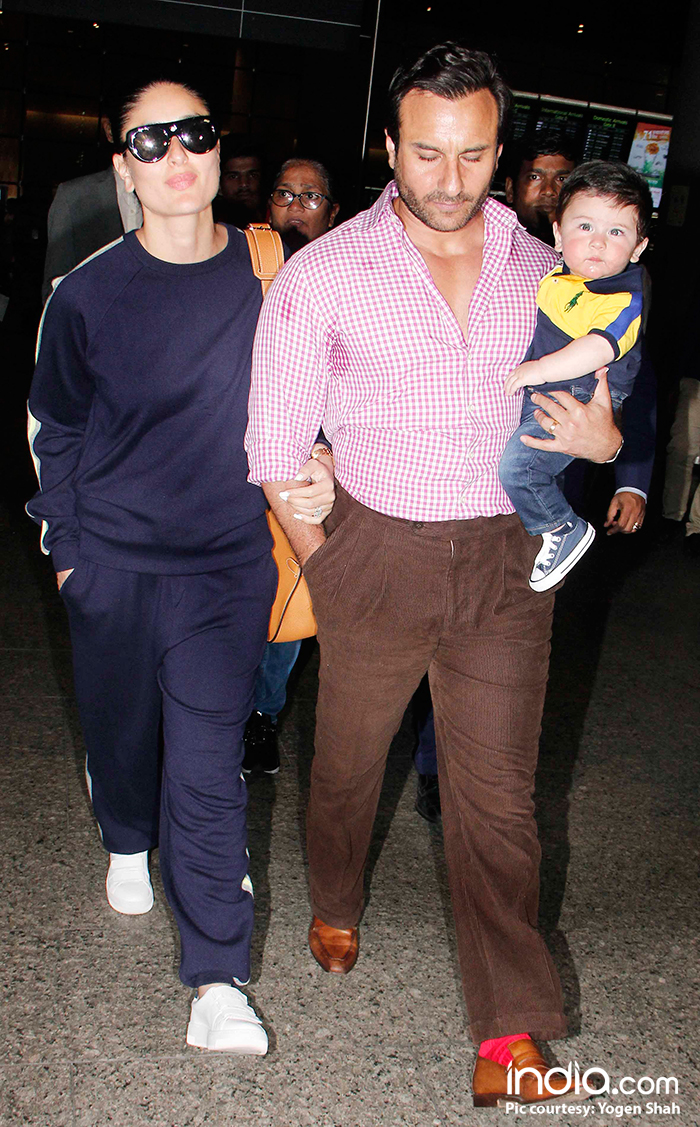 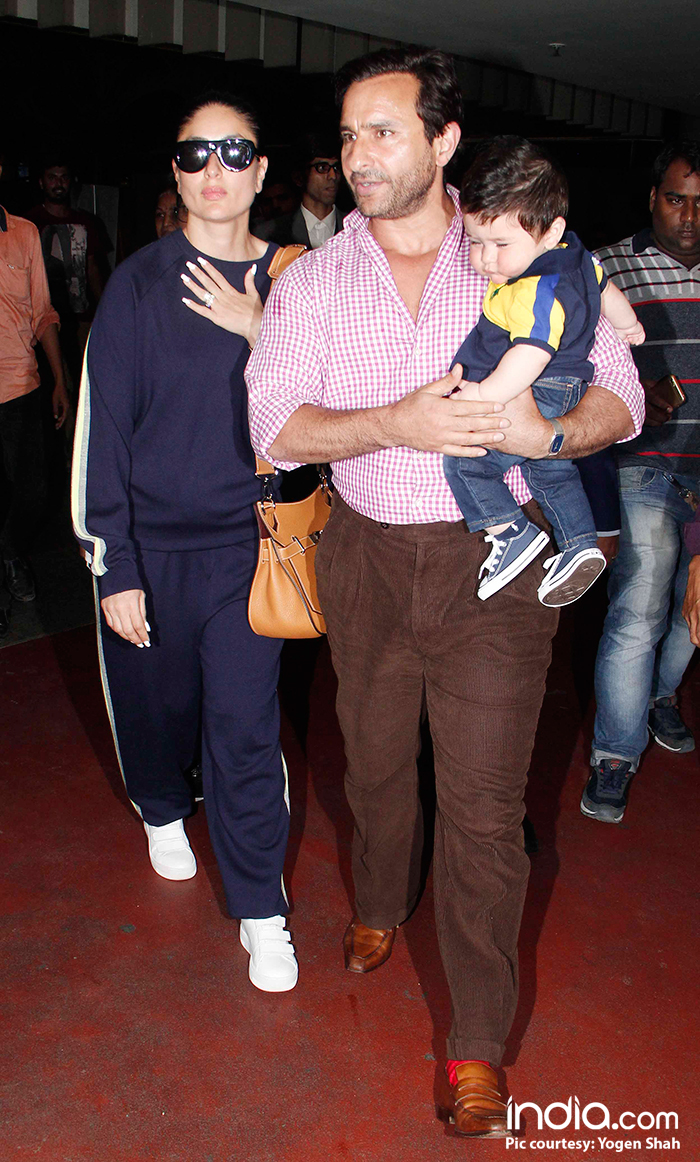 Kareena has no qualms that the media goes on a frenzy of sorts when it comes to Taimur. In fact during Rujuta Diwekar’s, book launch (Pregnancy Notes) Kareena was asked if it’s okay for a child to be subjected to so much media attention that too at such a young an age. Kareena maintained that she would want her son to lead a life which is as normal as his parents and that even involved coming under the media’s glare. Besides, she stated in a very matter of fact way that her son is the cutest baby ever. Well, looks like it’s not just us, but even Kareena can’t stop gushing over her son’s cuteness.