Kareena Kapoor Khan is all set to make her big screen comeback post her maternity sabbatical with Veere Di Wedding that’s slated to release on June 1. The actress had signed the film before she got to know she was pregnant and despite wanting to back out due to the same, Rhea Kapoor and the entire VDW team decided to wait for her to get back and join them when she was ready. Kareena lost next to 18 kgs to get back to shape post pregnancy and fans had been waiting to see her on the big screen once again. Well, if the trailer and the songs are anything to go by, Kareena is seen looking absolutely sexy in the film. The team has been promoting the film in full swing over the last few weeks. Well, today, a day before the film’s much anticipated release, Kareena was spotted taking Taimur to granny Babita’s residence. Also Read - Kareena Kapoor Khan Shares a Glimpse of Saif-Taimur Doing Yoga And It Is Undoubtedly The Cutest Pic on Internet

The duo was snapped right outside Babita’s residence. They were seen looking their best in their casual avatar. While Kareena looked resplendent in a simple sleeveless white tee and blue denims, Taimur looked absolutely cute in a multi-coloured t-shirt and shorts. The one-year-old boy has grown so comfortable with the shutterbugs following him around everywhere that he was seen confidently smiling at them. Take a look at the pics below : Also Read - Kareena Kapoor Khan 'Frees Her Mind' in Ravishing White-Pink Bikini Look On International Yoga Day 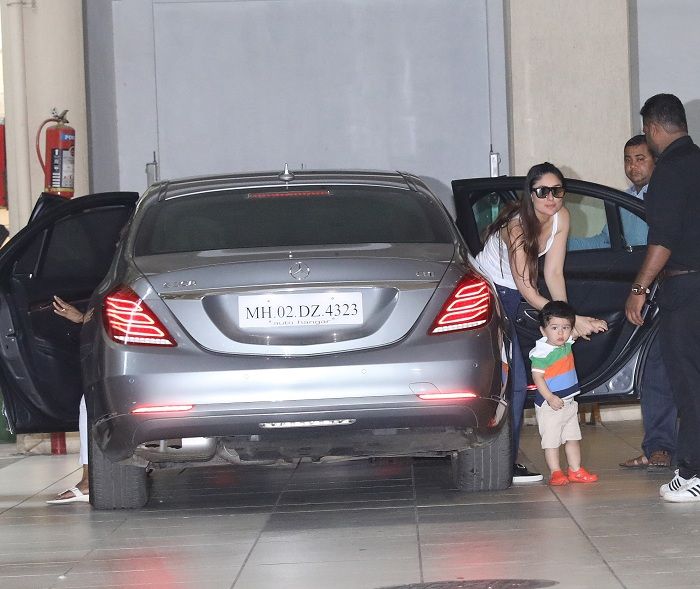 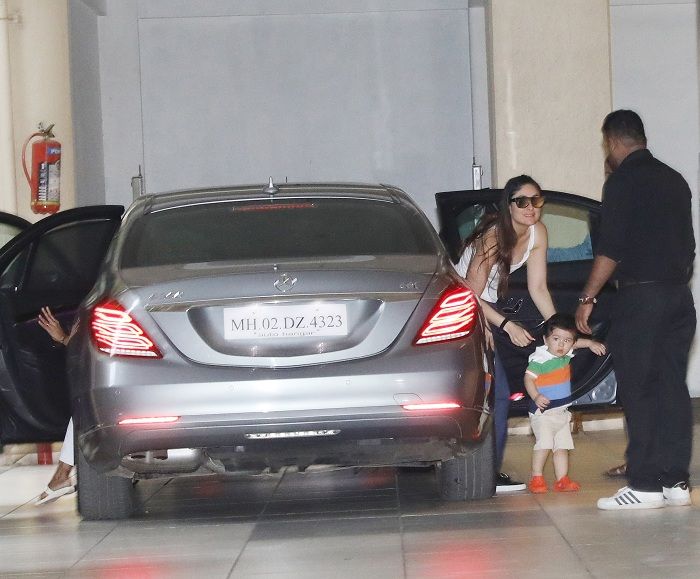 A few days ago we saw how Kareena and the nanny were struggling to send Taimur to school. The internet was seen going crazy talking about Taimur’s refusal to go to his new school. However, within a day he seemed to have got acclimatized to his new surroundings, much to the relief of Kareena. Well, don’t you think Taimur is looking older ever since he got that haircut? Let us know in the comments’ section below.