Kareena and Taimur out and about in Mumbai today

We spot latest pictures of Taimur Ali Khan almost every day. What with him being regular at his play gym. However, more often than none, it is his nanny who is seen with him. It is only on rare occasions that we see Kareena Kapoor Khan and Taimur in one frame and this Sunday was one such lucky day. The two stepped out today, almost twinning in a white tee and denims and headed to the little one’s nani Babita’s house. Also Read - Kareena Kapoor Khan Completes 20 Years in Bollywood, Reveals First Shot of Refugee Was Taken at 4 am

The two spent most of their Sunday there. We just chanced upon the pictures and we cannot get over how cute Taimur looks with his messy hair and blushed cheeks. His mommy Kareena on the other hand, looks stylish yet comfy wearing a cool tee, with side slit jeans and sneakers. That’s mommy fashion on point! Check out the pictures below: ALSO READ: After Taimur, Adira, Yash And Roohi Johar’s Birthday, It Is Now Time For Salman Khan’s Nephew Ahil Sharma’s Bash Also Read - Karisma Kapoor’s Birthday: Sister Kareena Kapoor Khan Shares Beautiful Montage of Old Pics 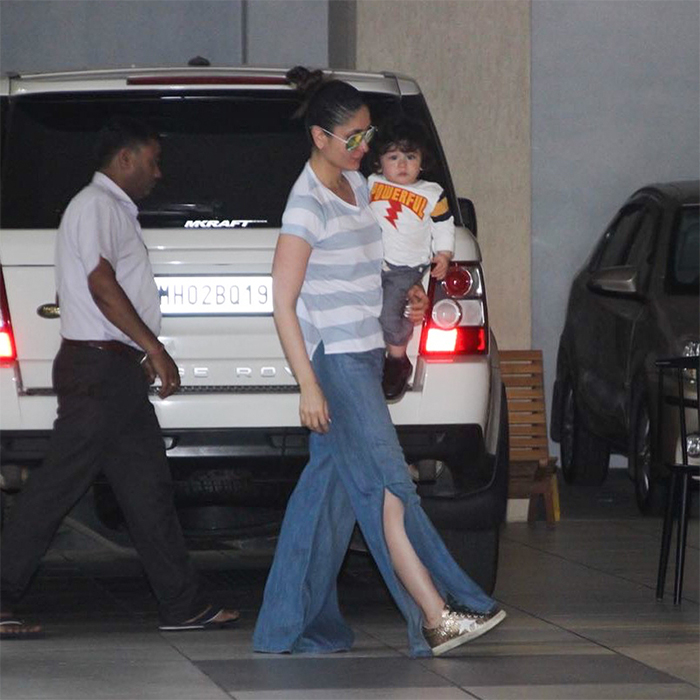 Kareena and Taimur spotted on Sunday 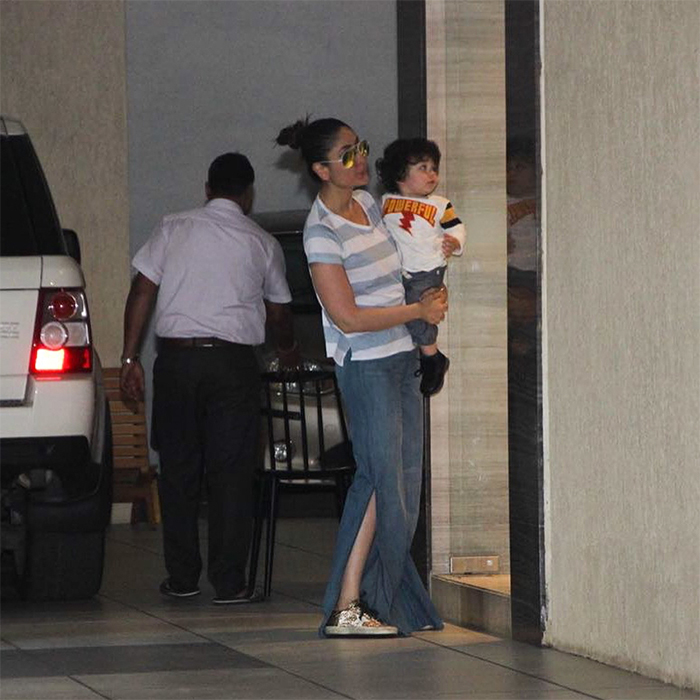 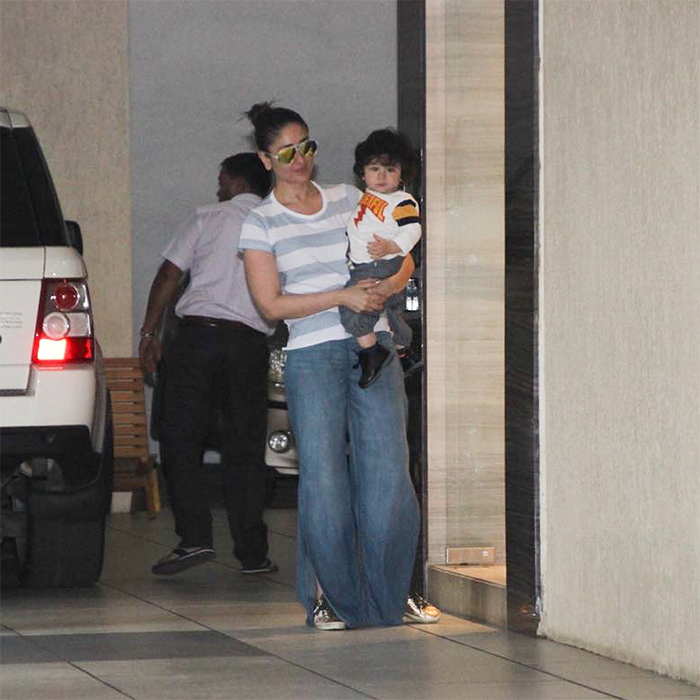 As pretty as his momma!

Just a few days ago, Taimur’s grand dad had lashed out at the paparazzi culture in the media which has robbed his grand son off a normal childhood. Speaking at an event, Randhir Kapoor had lamented how he wakes up each morning to find Taimur’s pictures all over the newspapers. He had also said, “Not just Taimur, now everybody knows his maid as well.” That’s one school of thought. But how Saif Ali Khan and Kareena have always been okay with media clicking pictures of their little one, we are sure they do not mind as such and understand that it is the love for them and their little one that makes their Taimur Ali Khan so popular with media and the junta. Haina?