Kareena Kapoor Khan had flown down from Delhi earlier this week, with Taimur Ali Khan, where she had been shooting her her upcoming film Veere Di Wedding. We saw how the the mother son duo made an impressive entry to the city with Kareena ,as usual, looking her casual best in her comfy airport style and Taimur looking adorable as he dozed off in his nanny’s arms. Kareena had returned to the city to attend sister-in-law, Soha Ali Khan’s 39th birthday party and to also meet the new addition to the family, Innaya Naumi Kemmu. In between, she had also made a quick trip to Dubai to inaugurate two jewelry stores.Also Read - Bigg Boss 15: Sara Ali Khan Calls Karan Kundrra 'Sabse Kamzoor Player' | Watch

Well, now Kareena along with baby Taimur is headed back to New Delhi to resume her shoot for the film. While Kareena is looking pretty in a black tee and grey pants with psychedelic glares and white ankle length sneakers, the little munchkin is basking in all his “awwdorable” glory in a blue onesie. Looks like blue is Taimur’s favourite colour as he is often seen donning the colour. Meanwhile, check out the pics below: (ALSO READ: Saif And Kareena’s Decision To Send Taimur Ali Khan To Boarding School Is Breaking Our Heart) Also Read - Ultra Cool! Sara Ali Khan Shakes Leg With Ranveer Singh on 'Chaka Chak' Song, Watch Viral Video 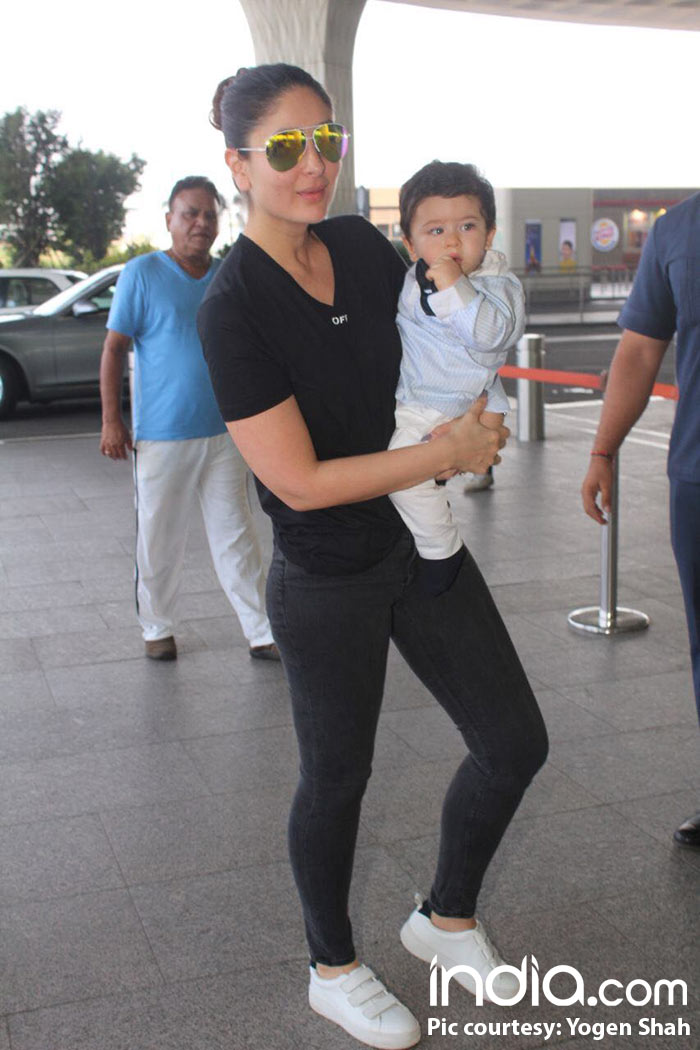 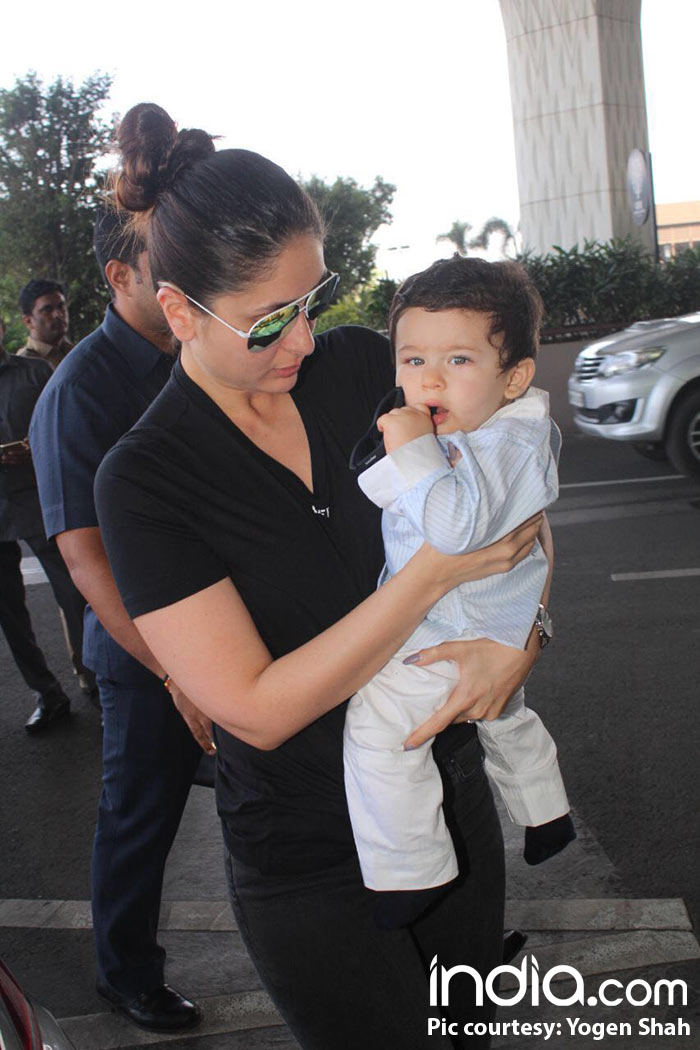 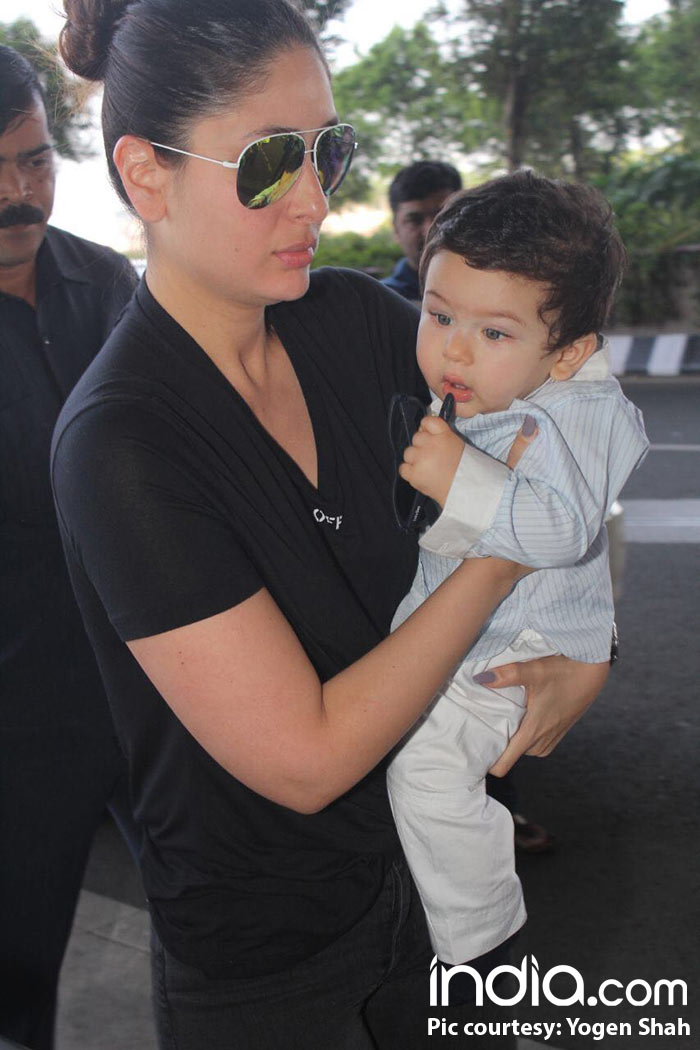 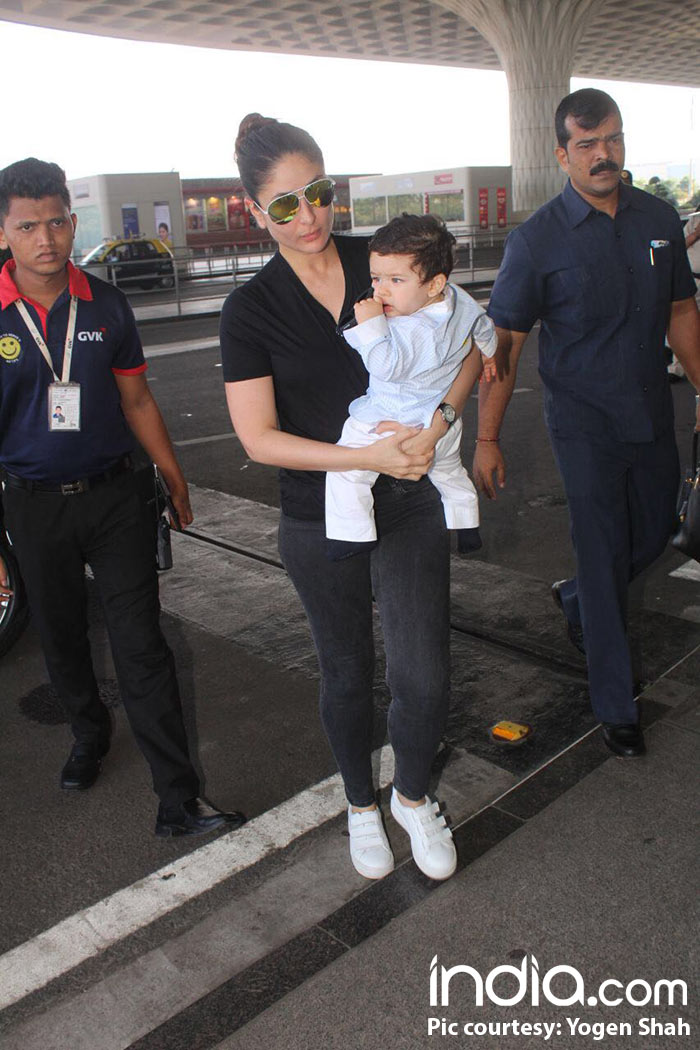 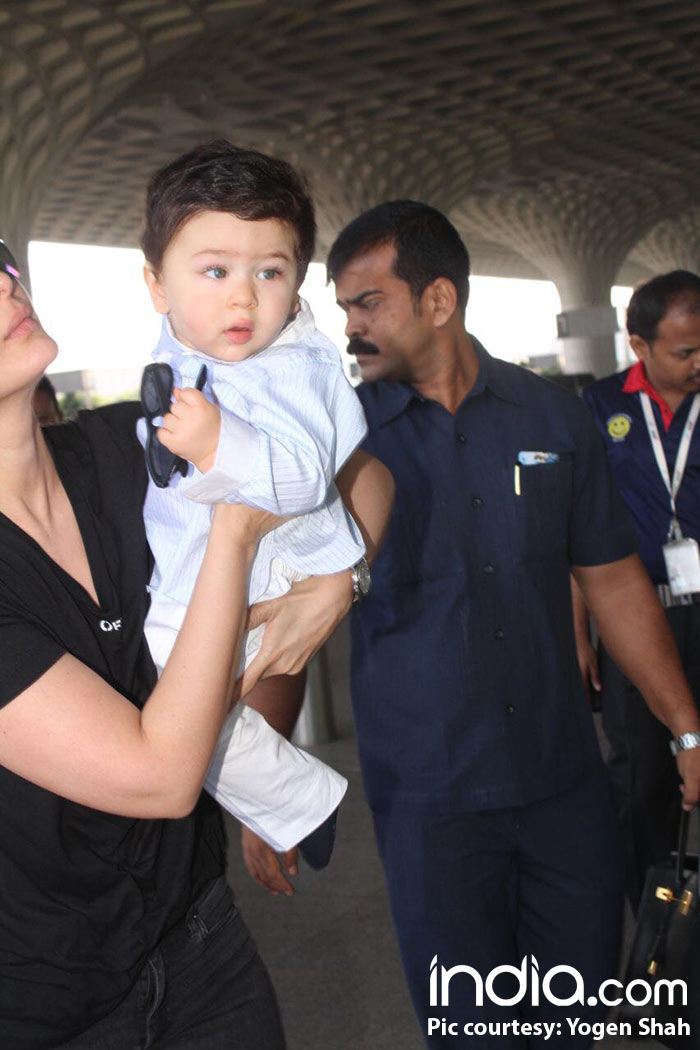 Don’t the mother and son know how to make our Sunday morning with all that cuteness!! Kareena always makes it a point to take Taimur wherever she goes and hence he has always been travelling with her for her shoots. In a video released a day after the Veere Di Wedding team started shooting for the film, Kareena lightheartedly lamented that the producer Rhea Kapoor (Anil Kapoor’s daughter) had banned him from the sets. She had said, “But where is Taimur? The producer has banned him. That is because I just need a bodyguard, but Taimur needs an army,” Kareena had claimed in a video that was released on the official Instagram page of ‘Veere Di Wedding’ . Well, thanks to the constant travelling we get our daily dose of Taimur in all his adorableness, now don’t we?? What do you think? Let us know in the comments’ section below.