Taimur is quite a Mamma's boy!

Well, Kareena Kapoor Khan is basking in the glory of Veere di Wedding‘s success at the Box Office. In two days, the film has already earned Rs 22.95 crore at the Box Office. This is Kareena’s comeback film post pregnancy and with the film doing so well, it is only natural for the diva to be on cloud 9. Well her little munchkin, Taimur also seems to be having a gala time since the last few days. Day before yesterday, he was seen stealing all the limelight at buddy Laksshya Kapoor’s birthday and yesterday we saw him having a fun play date with cousin Inaaya, while also accompanying his mom to the gym. He also dropped in to meet his grandmother, Babita and aunt, Karisma Kapoor. Well, Taimur is much like his mother when it comes to style. He is seldom seen in the same shirt twice. Yesterday, as he shunted between his granny and aunt’s places, he made it a point to change his attires. And today, he won our hearts in a completely new style as he went to meet his grandmom yet again, this time hand in hand with mom, Kareena. Also Read - Kareena Kapoor Khan Reveals Her Bedroom Secret With Saif Ali Khan, Says 'Wine, Pyjama And Saifu'

While Kareena kept it simple and casual in a white Veere Di Wedding #Iamnotachickflick tee and black tights, Taimur looked smart in a sporty tangerine, gray pants and black suspenders. He completed the look with orange crocs an in its entirety the look absolutely won our hearts. Calling him adorable would definitely be an understatement. Also Read - Kareena Kapoor Khan is Not Sure If Taimur Ali Khan is Stretching Post Yoga Or Nap | See Photo 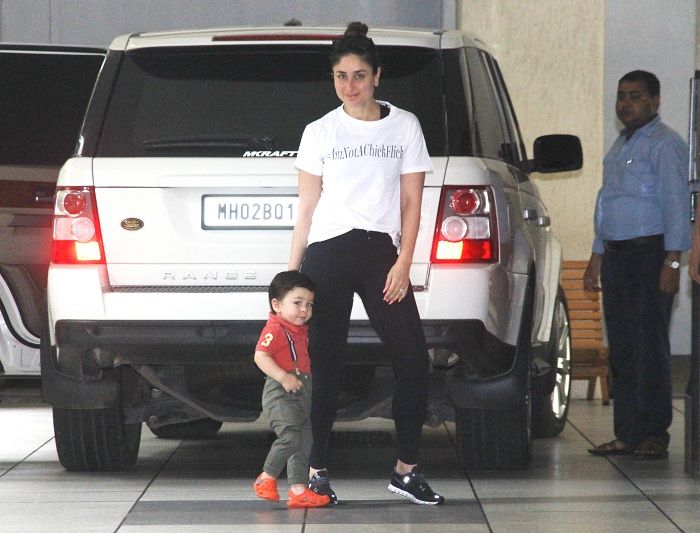 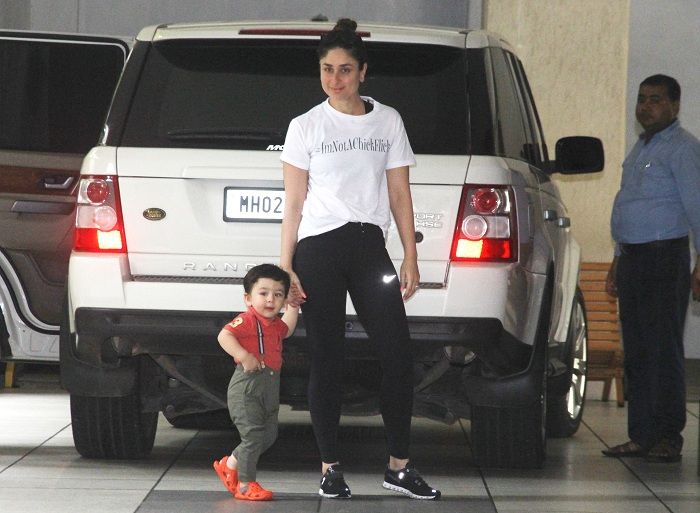 Now don’t they make an adorable mother-daughter duo. Recently speaking about Taimur during the promotions of Veere Di Wedding, Kareena said that she is having a tough time striking a balance between allowing her over a year-old son become the centre of paparazzi’s attention and giving him a normal and grounded childhood. The actor has said it worries her that Taimur has begun responding to photographers’ call to him for pictures. But, Taimur is proving to be mamma’s boy, whether it is posing for the shutterbugs or dressing in style.