Raj Kapoor was a legendary actor and producer and is known for iconic films such as Awaara, Shree 420, and Mera Naam Joker.

Mumbai: Kareena Kapoor Khan and her sister Karishma Kapoor took to social media remembering their grandparents actor-filmmaker Raj Kapoor and his wife Krishna Kapoor. The sisters posted a rare black and white throwback picture of the couple on social media.Also Read - Mommy Kareena Kapoor And Little Jeh All Prepped Up For A Trip To Darjeeling | Watch Video

In the picture, while Raj Kapoor can be seen smiling and holding a book along with a garland, Krishna Kapoor is looking at him with a smile on her face. The picture shared by Kareena and Karishma was posted by a fan page of Raj Kapoor. Sharing the picture, Karisma wrote, “Dada and Dadi” with a red heart emoji. Kareena re-shared Karisma’s post on her Instagram Stories and dropped a heart too. Also Read - Arpita Khan Eid Party: Bhaijaan Makes A Grand Entry, Ranveer Singh Looks Dapper In A Cool Shirt And Hat | Watch Video 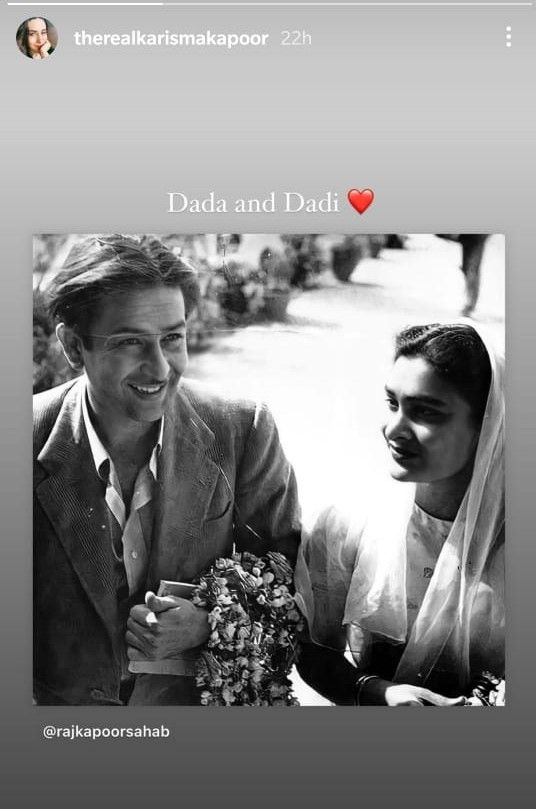 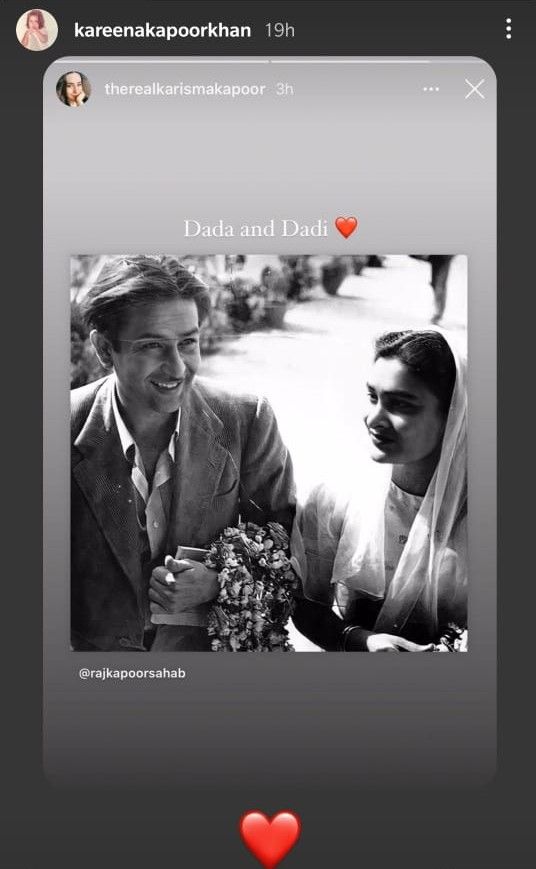 This is not the first time that Kareena and Karishma took to social media sharing a picture of their beloved grandparents. Last year, on Raj Kapoor’s birth anniversary, Karisma had shared a post that read, “So many learning’s from my Dadaji..remembering you on ur birthday..#grandpalove #legend.”

Karisma and Kareena Kapoor are the daughters of Raj Kapoor’s eldest son Randhir Kapoor and Babita Kapoor. However, Randhir and Babita are now separated. Randhir’s brother is Rishi Kapoor who died in April last year after battling cancer.

Raj Kapoor was a legendary actor and producer and is known for iconic films such as Awaara, Shree 420, Mera Naam Joker, Jis Desh Men Ganga Behti Hai among others. He had received three National Film Awards and 11 Filmfare Awards. Raj was also nominated twice for the Palme d’Or grand prize at the Cannes Film Festival for his films Awaara and Boot Polish.