Kareena Kapoor Khan or Anushka Sharma: Who was the original choice for the rom-com Ki and Ka?

R. Balki was not sure if Kareena Kapoor Khan will accept his offer for Ki and Ka

The R. Balki directorial film ‘Ki and Ka’ is making huge buzz. People have loved the sizzling chemistry of Arjun Kapoor and Kareena Kapoor Khan. Looking at them, one would not at all feel that the duos are working together for the first time. In fact, their steaming kissing scenes too became talk of the town. Before all this do you know even Anushka Sharma was also offered the role of Kia? Also Read - Anushka Sharma Hints at Paatal Lok Season 2, Says 'We Have Stayed True to Our Stories'

According to leading media reports, the director of the film had offered the role of Kia to the gorgeous Anushka Sharma as well. But his original choice was the Pataudi khaandaan bahu Kareena Kapoor Khan. The reson behind offering the role to the ‘NH10’ actress was he was not sure whether Bebo (as Kareena is fondly called) will accept his offer or not. But sadly, actress Anushka did not accept the role offered to her. The reason behind it was Anushka did not want to play the role of a mother, reports IBT. Luckily R. Balki’s original choice Kareena did not reject the offer. (ALSO READ: Ki and Ka song High Heels OUT: Arjun Kapoor and Kareena Kapoor Khan groove crazily to this party anthem) Also Read - Virat Kohli Should Divorce Anushka Sharma For Making 'Pataal Lok': BJP Minister Nandkishor Gurjar Gets Trolled For Bizarre Remark

Saif Ali Khan’s gorgeous wife Kareena gave a nod to the director after going through the entire script. And we say, the actress is the perfect onscreen pair for Arjun a.k.a. Kabir. The trailer, posters and first song High Heels has turned to be impressive. This is one of the much awaited rom-com especially after Kareena’s marriage. The actress has mentioned that post marriage she would not been doing any kissing scenes but she has not followed those promises. (ALSO READ: Sultan: Anushka Sharma to exchange blows with male wrestlers in Salman Khan starrer) Also Read - Paatal Lok: Anushka Sharma Produced Web Series Under Scanner For Allegedly Promoting Hinduphobia, Netizens Trend #BanPaatalLok 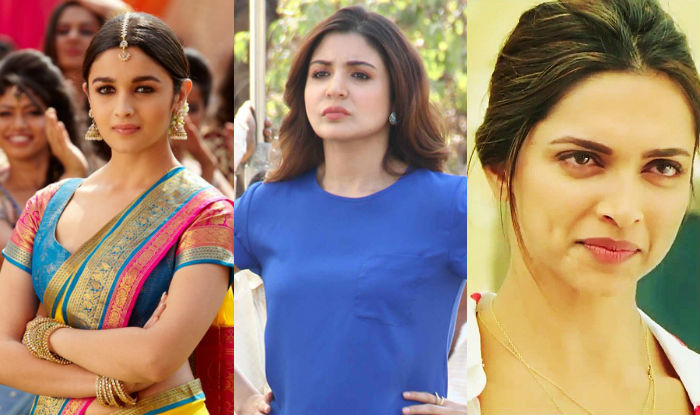 Coming to Anushka Sharma, this is not the first time she has rejected an amazing role offer. In the past she had even rejected the film ‘2 States’ and ‘Tamasha’ which became a huge hit. If you haven’t watched the trailer of ‘Ki and Ka’, watch it in the player linked below.