Kareena Kapoor Khan’s Latest Bridal Outing Will Make Sure That We Don’t Take Our Eyes Off Her! Check Out Pics

Kareena Kapoor Khan will soon be seen in Veere Di Wedding which releases on June 1, 2018. But just before this, the Begum decided to play a coy bride as she walked the ramp for designer Vikram Phadnis in Doha. The actress looked gorgeous as she walked the ramp in a beautiful powder pink lehenga by the designer and redefined royalty as she walked. Just a few days ago, Bebo walked the ramp for friend and designer Manish Malhotra in Nairobi which made us crazy for the actress all over again. At the Nairobi show, the actress was seen walking the ramp in a nude lehenga for the modern bride. (ALSO READ: This Unseen Picture From Taimur Ali Khan’s Switzerland Vacation With Parents Saif Ali Khan – Kareena Kapoor Khan Is Adorable ) Also Read - Janhvi Kapoor Looks Magnificent in Designer Manish Malhotra’s Pistachio Bridal Lehenga

Coming back to Taimur Ali Khan’s mommy’s recent appearance in Doha, the actress made sure she channelled the traditional bride’s look and grace in her recent appearance. The actress’s look was accessorised with pearly chandbalis, a choker, maang tika and a statement ring. We totally love Begum’s latest outing and just can’t take our eyes off her. Take a look at the pictures and video below from Vikram’s fashion show. Also Read - Kareena Kapoor Khan Wears an Anita Dongre Kaftan Worth Rs 20,000 at Her Birthday Bash - See Pics 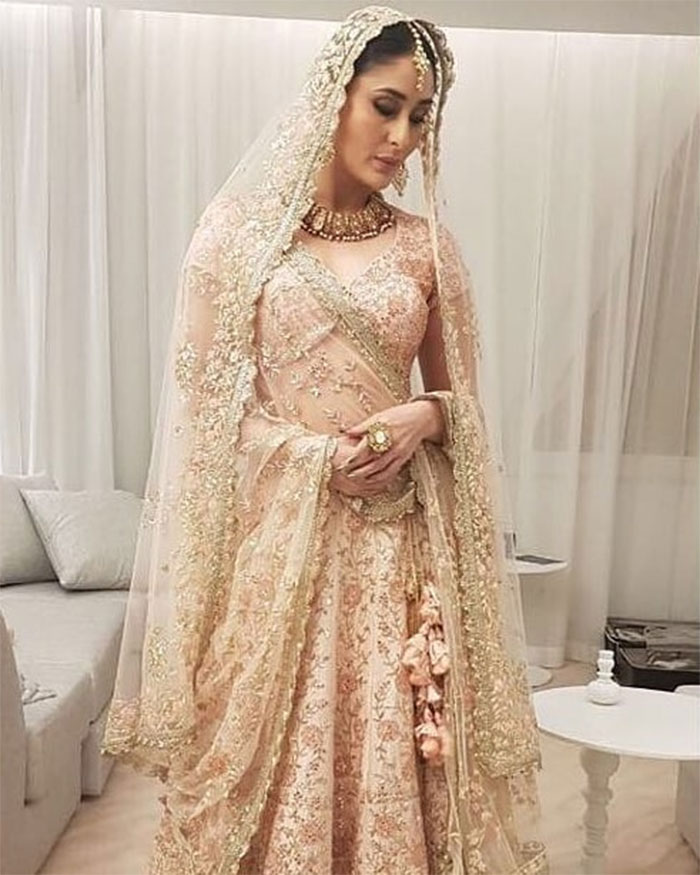 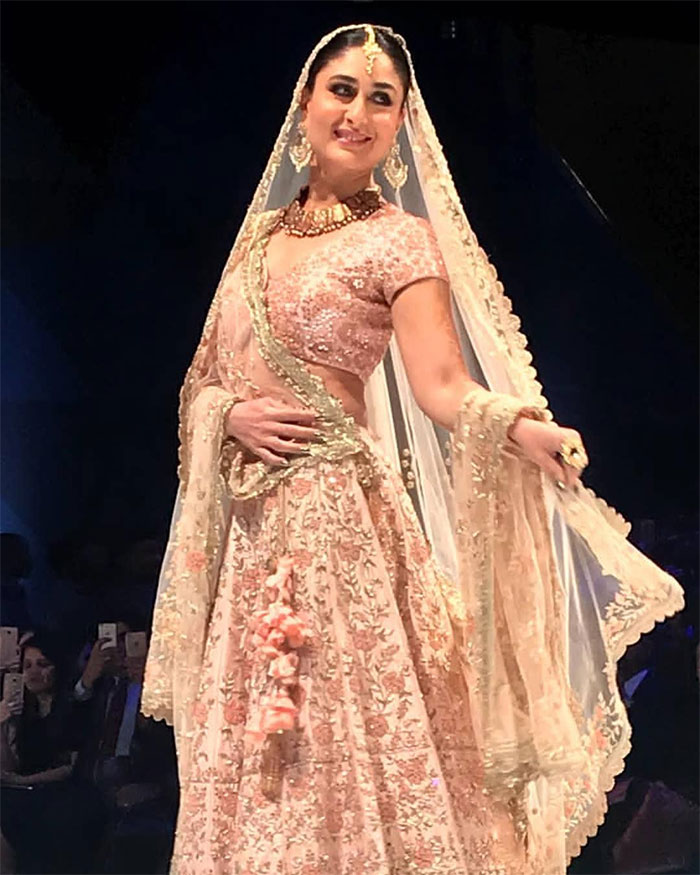 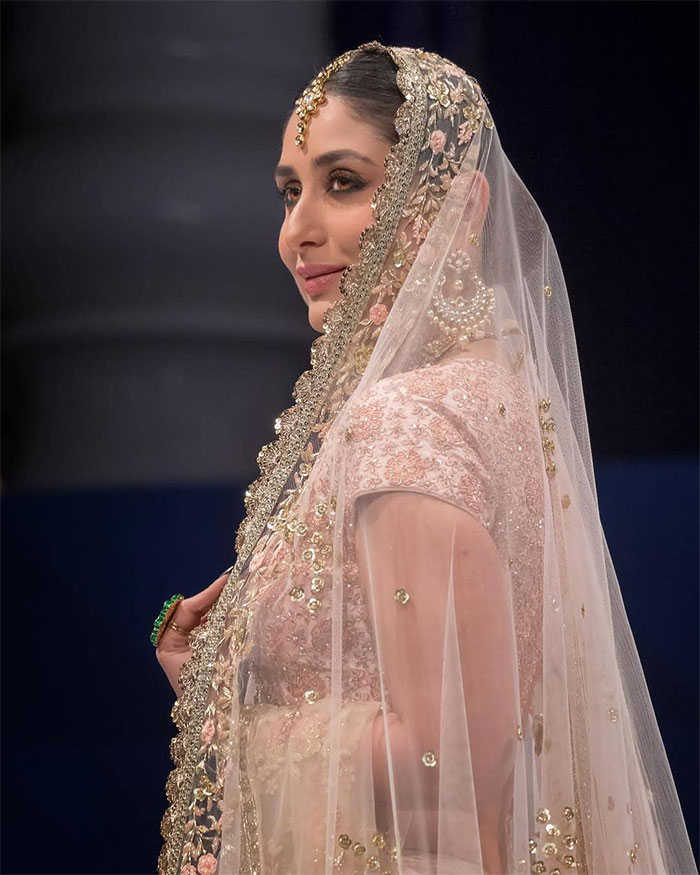 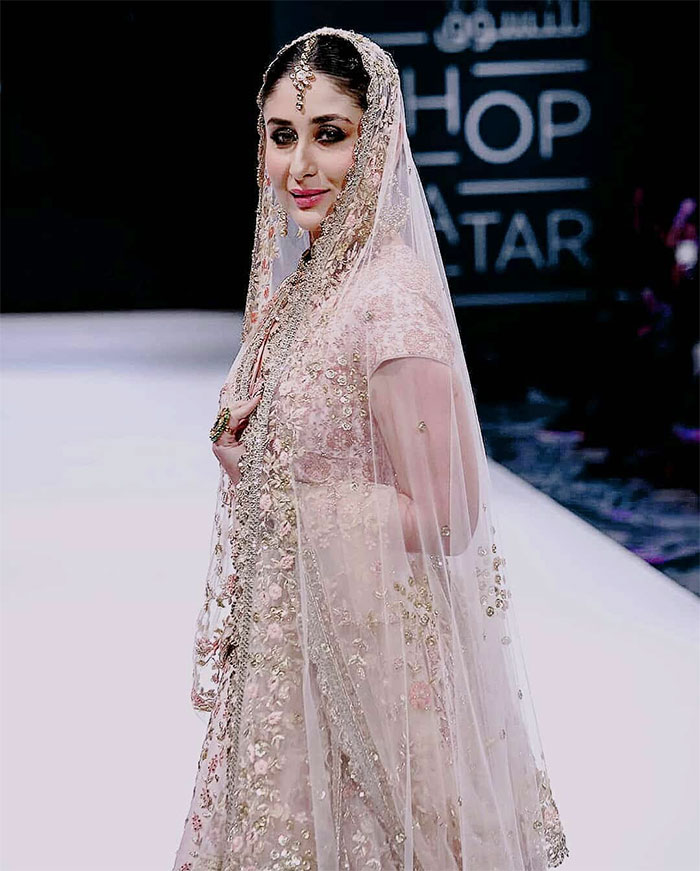 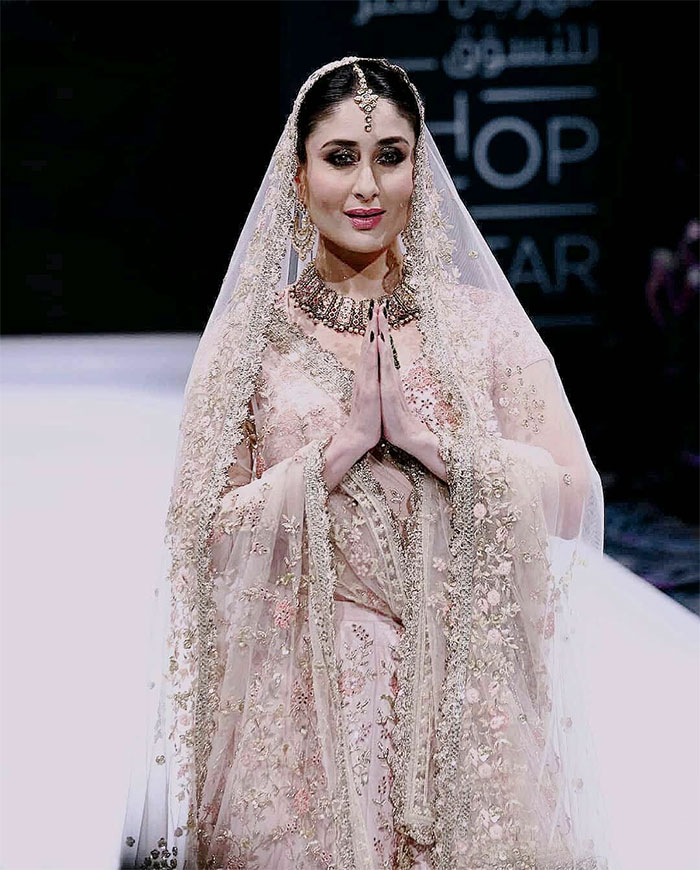 For the show, Vikram had designed five outfits for Kareena and the designer was really keen that the Veere Di Wedding actress chooses the red burgundy outfit designed by him. But the Begum wanted something more subtle, which is why she picked this pink and gold embroidered lehenga for the show. We totally love Kareena’s choice. What about you? Do let us know your thoughts in the comments section below!