Kareena Kapoor: My father-in-law was proud of me and Saif

Actress Kareena Kapoor Khan, who terms her father-in-law Mansoor Ali Khan Pataudi as a 'man of few words', said he was proud of her and her husband and actor Saif Ali Khan 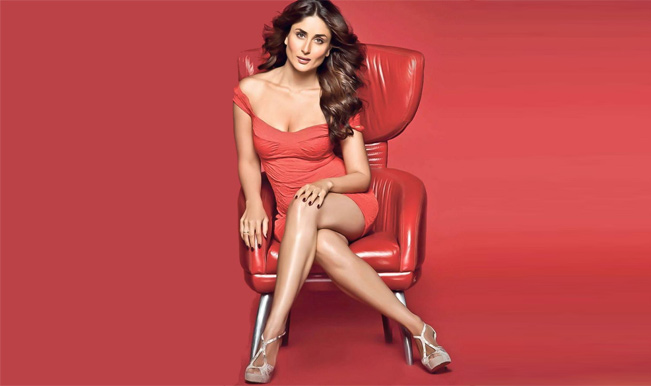 Mumbai, Aug 3: Actress Kareena Kapoor Khan, who terms her father-in-law Mansoor Ali Khan Pataudi as a ‘man of few words’, said he was proud of her and her husband and actor Saif Ali Khan. Saif, son of the late cricketer and actress Sharmila Tagore, is planning to make a film on Pataudi’s life.Also Read - Sidharth Malhotra’s 37th Birthday: From Rumoured Girlfriend Kiara Advani To Katrina Kaif, Kareena Kapoor And Others Shower Good Wishes To The Actor

“It’s really nice that Saif is thinking of it (making the film). I had spent three years with him (Pataudi) and he was a man of few words. He was a very quite person,” Kareena told PTI in an interview here. Also Read - Even Taimur Ali Khan Gets Tricked by These Turkish Ice-Cream Vendors - Watch Viral Video

“He was very warm and would not express his affection towards me. But I remember, once we all were in Pataudi (town) and he put his hand on my shoulder. It was a gesture of warmth and strength. It is something which will always remain with me,” she said. The 33-year old actress said her father-in-law was proud of the work of his children and her as well. Also Read - Hrithik Roshan Shares First Look From 'Vikram Vedha' on 48th Birthday, Fans Love His Gangster Avatar

“He was always proud of Saif and me. I don’t think he had seen too many of my films but he had seen ‘Omkara’ and liked me in it,” she said. The former Indian cricket captain, who was the titular Nawab of Pataudi from 1952 until 1971, died in 2011 of a lung ailment in Delhi.

The actress says he was a great sporting icon and legend. “I remember reading lovely articles written by the Indian and international media about him after he passed away. I am happy people paid respect towards him,” she said. Meanwhile, on the rumours of Saif’s daughter Sara, from his former wife Amrita Singh, joining films, Kareena said that there are no Bollywood plans for Sara now as she is still studying in New York.

The ‘Jab We Met’ actress, will be next seen in Rohit Shetty‘s ‘Singham Returns‘ with co-star Ajay Devgn.