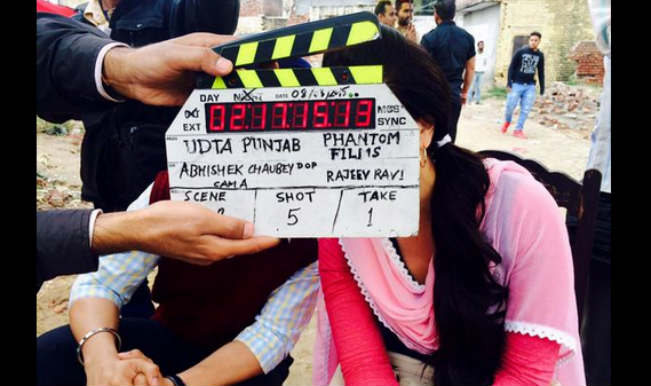 “I am thankful to God that he has blessed me with so much, which I don’t deserve (sic),” Diljit tweeted alongwith a picture of himself holding the film slate. Another picture shows him and Kareena hiding behind the film slate, which the 31-year-old actor captioned, “I am dead! How to tell you who’s there with me in the pic! (sic).” Also Read - Alia Bhatt Drops Sun-Kissed Photo In Hot Blue Strapless Bikini From Maldives Diary

One of Kareena’s fanpages on Twitter posted a picture of hers, where she dons a Punjabi look in a pink Patiala salwar with a half-sleeve sweater. The film also stars Kareena’s former boyfriend Shahid Kapoor and “Highway” actress Alia Bhatt. It is not yet known if Kareena and the “Haider” star will share the screen in the movie. “Udta Punjab”, produced by Anurag Kashyap and Vikramaditya Motwane, tells the story of substance abuse in Punjab.