Popular television actress Karishma Tanna was recently in headlines for two reasons – one was for her break-up with Upen Patel and second when she elaborated about casting couch experience. The actress became a favourite in every household post her journey in the eighth season of Bigg Boss. After that she even participated in many reality shows with her former beau Upen. About the casting couch experience TOI quoted Karishma saying, “I have not faced the proper casting couch like ‘come sleep with me kind of thing’. If people have hinted also I have not given that hint back. May be things would have been different, if I would have.” Also Read - Salman Khan Determined To Release Radhe in Theaters This Eid Amid COVID-19 Crisis, But Will He Incur Loss?

Karishma Tanna further said, “But I never believed in that, if I have the talent and face then the director will take me in the film. Forget about the director even if you are speaking to someone, people flirt and give hints and it’s up to you how you want to take it forward. I never encouraged that kind of things probably that’s why I am still here.” And now once again Ms. Tanna is back in headlines and this time she has spoken about B-town’s handsome hunk and Bigg Boss host Salman Khan. In an interview with a leading daily, Karishma Tanna revealed the reason why she likes the 50-year-old superstar. (ALSO READ: CONFIRMED: Lovebirds Karishma Tanna and Upen Patel have broken up) Also Read - Salman Khan's Radhe to Release in Theatres And Online Together, Trailer Out Tomorrow

Do you think Karishma Tanna is like superstar Salman Khan? As per Karishma, she thinks she is more like Salman. That’s little strange right! In an interview with TOI, Karishma said when she was in the bad phase fought and bounced back to normal life. She even mentioned Salman Khan too has overcome through a rough and tough face like a warrior and seeing that she feels they (Karishma and Salman) have some similarity. The daily quoted the actress saying, “I love Salman Khan and admire him for the way he has always bounced back after having gone down.” Also Read - Rakhi Sawant's Mom Calls Salman Khan an 'Angel', Thanks Him And Family For Funding Her Cancer Treatment 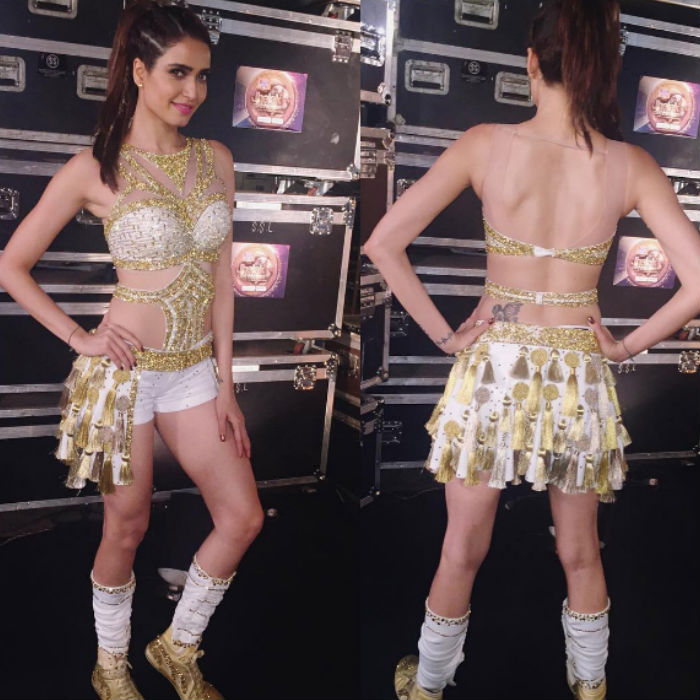 We all know Salman Khan has had ups and downs in his personal and his professional life and that his personal life has always been the hottest topic of discussion. No matter what, Salman has remained silent about it. Karishma also added that despite of problems in her personal life, she did not let that affect her professional life and kept moving on. When she was quizzed further who else she like from B-town she revealed, “I like Amitabh Bachchan and Rishi Kapoor for his versatility.” And from the current league of actors Ms. Tanna likes Ranbir Kapoor, Alia Bhatt, Deepika Padukone and Ranveer Singh. (ALSO READ: Bipasha Basu & Karan Singh Grover to replace Karishma Tanna & Upen Patel in MTV Love School season 2)

Like other television actors, even Karishma Tanna is trying her luck in Bollywood. In fact even she dreams of working with megastar Rajinikanth. Currently, Karishma Tanna is a participant of reality dance show Jhalak Dikhhla Jaa season 9 and also the daily soap Ye Hai Mohabbatein. The other popular shows in which Karishma Tanna was seen were Kyunki Saas Bhi Kabhi Bahu Thi, Kahi To Milenge, Shararat, Baal Veer, Nach Baliye 7, MTV Love School and many more.