Karisma Kapoor And Alleged Beau Sandeep Toshniwal Take A Flight Out Of Mumbai Together; Are They Planning To Make Their Relationship Official?

Karisma Kapoor and Sandeep Toshniwal have been reportedly dating since a few years now. In fact, it was last year that we heard rumours that the two are also secretly engaged. However, there were reports that the couple is waiting for businessman Sandeep to get legally divorced before they make their relationship official. After he was granted divorce later last year, there was renewed buzz that Karisma is all set to take the plunge for the second time. However, nothing was confirmed. Now, it seems the two are finally on the way to taking their relationship to the next level.Also Read - 6 Real Photos of Bollywood Actresses That Show Wrinkles Are Natural, Beautiful, And Absolutely Fine

Karisma Kapoor and Sandeep Toshniwal were spotted at the Mumbai airport today, where they were taking a flight together to an undisclosed location. The two showed no signs of awkwardness even as media shutterbugs went click-click on the two. This only makes us hopeful that the two are ready to come out in the open about their affair and fondness for each other. Will we see wedding bells soon? We just might! Also Read - 63 Chickens Died of Heart Attack Due to Loud DJ Music at Wedding, Claims Odisha Poultry Farmer 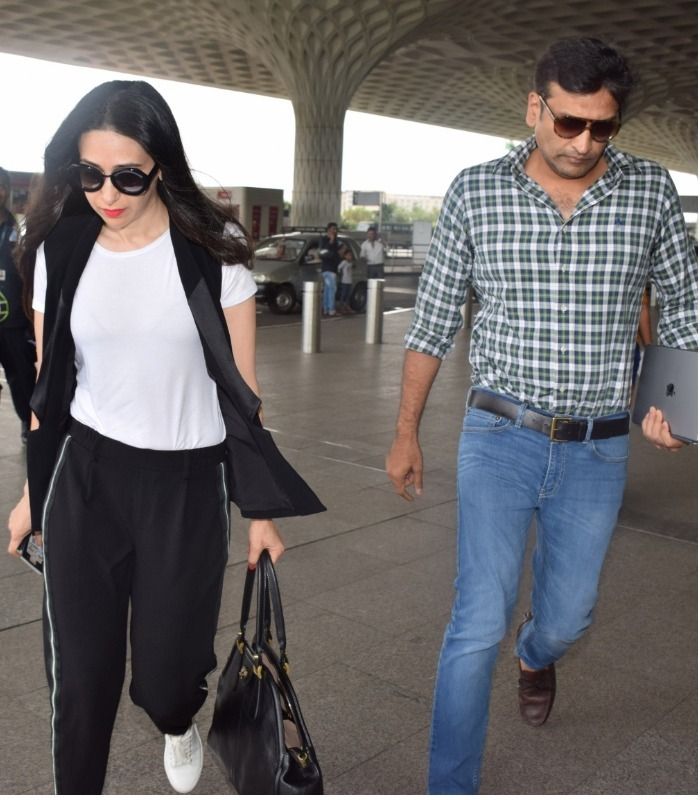 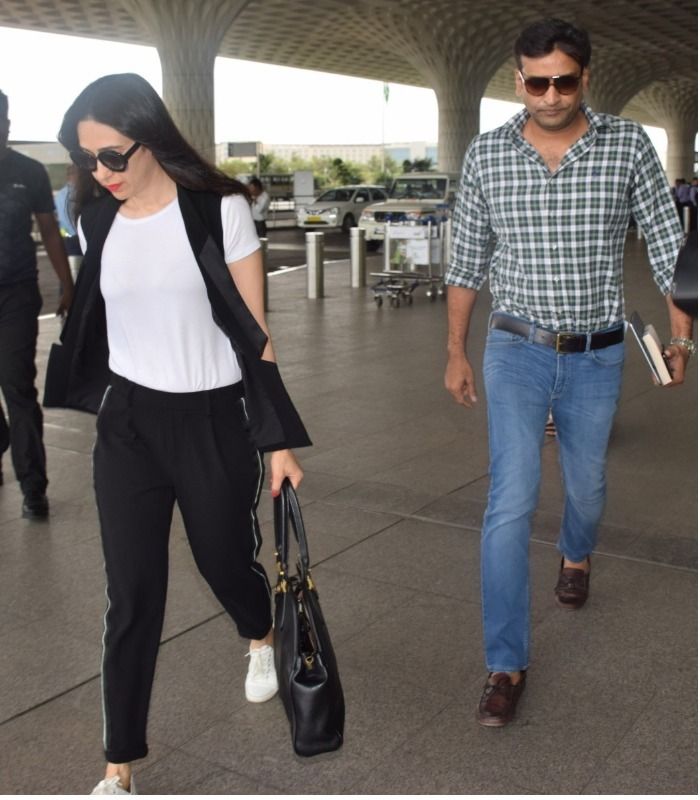 It can be recalled that Sandeep has been quite a regular at Karisma’s family get-togethers. In fact, even when the black buck verdict was about to be delivered and everyone in the Kapoor-Saif Ali Khan family were going through a tensed phase, we saw Sandeep accompany Karisma to Saifeena’s house to show their support with the actor, who was a co-accused along with Salman Khan. There is little doubt that Sandeep has already got thumbs up from Karisma’s family and close friends and now that they are no more keeping their relationship under wraps from the paparazzi only shows that they have taken the decision.

We hope to see Karisma make her relationship official. We are glad that the actress has found love once again, and can’t wait to see her get into the bridal garb once again.