Actor Kartik Aaryan has kick-started the shooting of his upcoming film Dostana 2. Before the film goes on the floor, the actor bided by the ‘Dharma rivaaz’ and took the blessing of Karan Johar. Taking to Instagram, he shared a hilarious picture where he can be seen bowing in front of Karan to seek his blessings.Also Read - Pati Patni Aur Woh Trailer Out: Kartik Aaryan's Comic Romance, Bhumi Pednekar-Ananya Panday's Sizzling Avatars Promise Another Cliche

Kartik along with Ananya Pandey and Karan Johar has flown down to Chandigarh to shoot for the first schedule of the film. Sharing the post, he wrote, “Maa da laadla #Chandigarh nikal gaya #Dostana2 !! The Dharma rivaaz that all actors need to follow before starting a Dharma film @karanjohar. (sic)” Also Read - Pati Patni Aur Woh New Poster: Kartik Aaryan Yearns For Ananya Panday While Locked in Cage With Bhumi Pednekar

Karan has also shared pictures on Instagram stories where he along with Kartik and Ananya can be seen posing for a selfie at the airport. 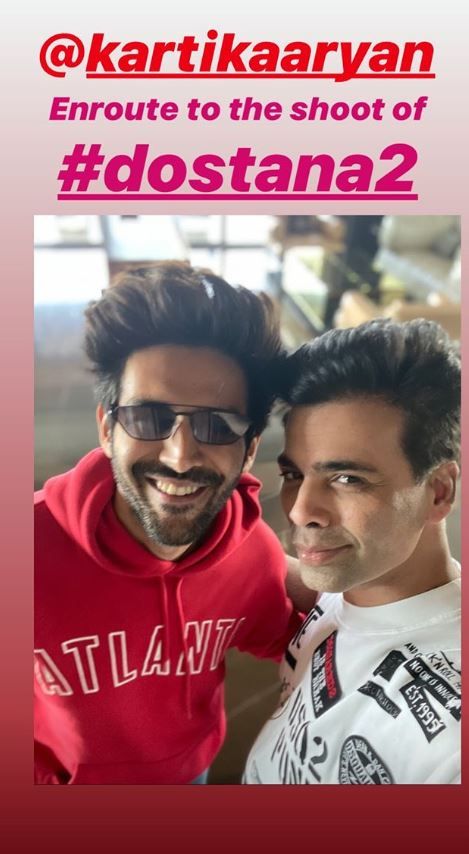 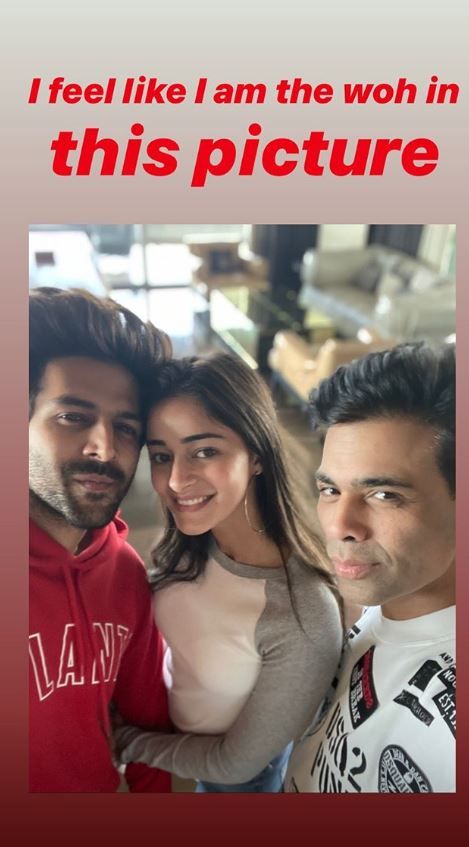 The film also features Janhvi Kapoor. The 2008 romantic-comedy film had been about two men who pretended to be gay to share an apartment with a girl, but both eventually fall in love with her. It had been directed by Tarun Mansukhani and produced by Karan and Hiroo Yash Johar. The original film Dostana also had actors Bobby Deol, Kirron Kher, Sushmita Mukherjee and Boman Irani in supporting roles, and director Tarun had drawn inspiration from his own experience when conceiving the film. The movie went on to become a box office success, and the eighth-highest-grossing Bollywood film of the year, and it received nine nominations for the 54th Filmfare Awards.

Meanwhile, on the work front, Kartik Aaryan next release is Pati, Patni Aur Woh which features Kartik as Pati, Bhumi Pednekar as Patni and Ananya Pandey as Woh.