Actor Kartik Aaryan has refused to comment on the sexual harassment allegations against filmmaker Rajkumar Hirani. The actor was present at a PETA event recently when he was asked to share his views on the accusations made. The actor, who rose to fame with his performance in Pyar Ka Punchnama, said that it won’t be right on his part to comment on the matter before it is ‘legally proven’.Also Read - Allu Arjun Starrer Ala Vaikuntapurramuloo's Hindi Theatrical Release Called Off Due To Kartik Aaryan's Shehzada | Official Statement

IANS quoted Kartik saying, “We all have been fans of his work. I think till the time it is legally proven by the court of law, we can’t comment about it. I think there has to be a proper legal route to investigate the matter but it’s sad if such cases are happening not just in our industry but also in some other industry. I am totally against it.” Also Read - Sara Ali Khan Drops Fresh Pictures From Maldives in Colourful Bikinis - Now That's How You Chill in Style!

Earlier, even actor Dia Mirza said the same. She also stated that it would be unfair on her part to comment on the issue without knowing about the details. Also Read - After Sooryavanshi, Rohit Shetty Moves to OTT With 'Mission Frontline'

For the uninitiated, the 56-year-old filmmaker has been accused of sexually harassing a female assistant over a period of six months while filming Sanju. The director has denied the allegations saying it’s a complete shock for him and it saddens him to know the accuser decided to take the media-route instead of initiating a legal process. 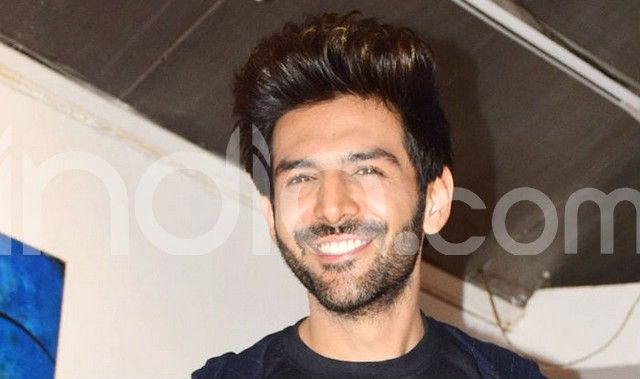 Meanwhile, Kartik also opened up on something which has been surrounding his name lately. The actor talked about going on a date with actor Sara Ali Khan. He said that he is ready to go on a coffee date with actress Sara Ali Khan, who expressed her wish to date Kartik in an episode of a popular celebrity chat show.

When asked whether he wants to go on a date with Sara, Kartik said, “As far as coffee date is concerned, Sara’s mother (Amrita Singh) has told her that ‘you should stop talking about it because you have said it many times and now let Kartik react on it’. So, I can just say that I am ready for a coffee date. Sara just needs to tell me the time and place.”

Kartik also talked about the rumours of being paired with Sara in filmmaker Imtiaz Ali‘s next. The actor said that he won’t like to give any clarity on this as the director is the best person to reveal what’s the truth. Addressing the reports, he said, “I think this question could be better answered by Imtiaz sir about. Till the time, he doesn’t give conformation on the same I won’t be be able to comment on it.”

On the work front, Kartik will soon be seen in Luka Chuppi, which has him paired with actor Kriti Sanon. The actor has also signed Pati Patni Aur Woh with Bhumi Pednekar and Ananya Pandey.