Ahead of the film’s release, Karwaan star Dulquer Salmaan went on a coffee date along with female journalists in the city. The actor got into a candid chat with all the females and created some fan frenzy moments for them. Dulquer not only had a chat but also made an overwhelming effort for the females as he was seen going down on his knees, giving flowers to clicking selfies.Also Read - Irrfan Khan's Son Babil Begins Shooting For His Bollywood Debut Film With Shoojit Sircar, Misses His Father

Karwaan starring Irrfan and marking the debut of Dulquer Salmaan and Mithila Palkar, revolves around 3 oddballs from different walks of life who are thrown together on a somewhat bizarre journey which helps them find normalcy in their lives. Also Read - Irrfan Khan Did Not Want To Belong To This World, Reveals Son Babil Khan in Long Emotional Post

It is a road trip on which some crazy adventures take place, some lines are crossed, some bonds are forged, detours are made, experiences are shared and secrets are revealed. An uneasy alliance is formed between three unlikely co-passengers on an eventful (and often hilarious) journey from Bangalore to Ooty to Kumarakom and finally to Kochi. Also Read - Irrfan Khan's Son Babil Pens A Note For His Mom: No One Cares, Except My Mumma 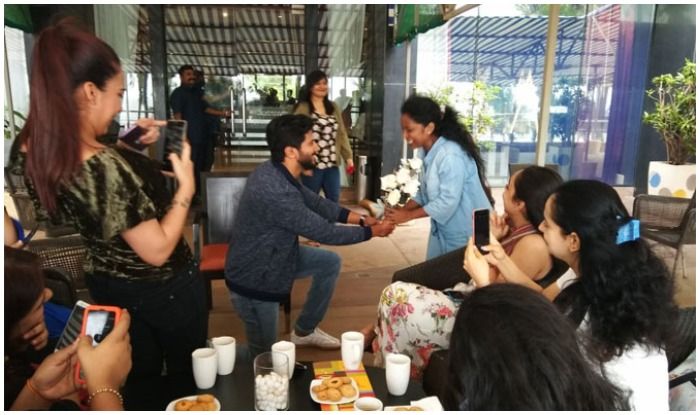 Bankrolled by Ronnie Screwvala’s RSVP in association with Priti Rathi Gupta of ‘Ishka films’, Karwaan is helmed by Akarsh Khurana and is slated to release on August 3, 2018. Watch this space for further updates.