Prerna saves Anurag from getting stabbed by Naveen

In the latest episode of Kasautii Zindagii Kay, Prerna’s father salps Naveen. Anurag says that people who do not respect women deserve to be behind bars. Anurag tells everyone that he has informed the police and that they are on the way. Naveen takes a knife and threatens to kill Anurag. He holds the knife on Anurag’s neck. Naveen confesses that he has sold many women in his life but he is not going to do the same with Prerna since he loves her. Naveen confesses that he was the one who is responsible for Anurag’s accident. Also Read - Kasautii Zindagii Kay Last Episode to Air on October 3, Saath Nibhaana Saathiya Not Replacing The Show

Naveen warns everyone to not take a step ahead otherwise he will kill Anurag. Prerna comes for Anurag’s rescue and tricks Naveen and takes the knife from him and slaps him. Prerna gets furious and tells Naveen that he should be thrown on the streets and every girl in the world should slap him. Mohini comes forward and slaps Naveen and gets furious at him for trying to take her son’s life. Mohini calls up the commissioner to come and arrest Naveen. In the meantime, Madhuri takes the knife from Prerna and comes in front of Naveen to save him. Also Read - Parth Samthaan Exit From Kasautii Zindagii Kay: Makers Ask Writers And Directors to Develop Alternate Tracks For The Actor 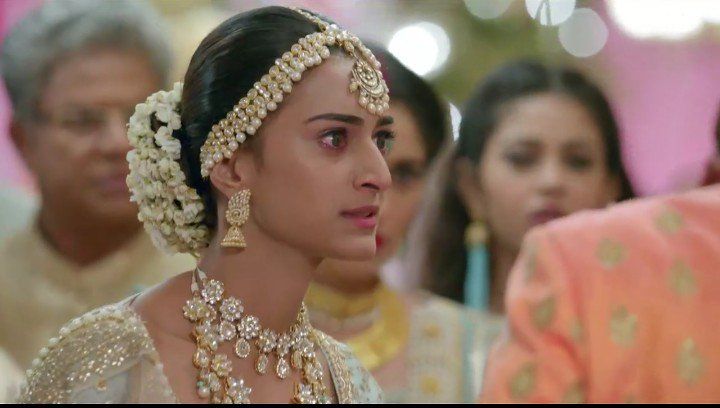 She threatens everyone saying that she will stab anyone who tries to get Naveen arrested. Naveen and Madhuri escape. Veena blames Mohini for everything that happened. Mohini tries to convince Veena that she did not know about all these things. Mohini blames Veena for her daughter’s wrong upbringings. Prerna tells Mohini that she clearly knows the reason behind the wedding and that she cannot say a word against Veena.