Kasautii Zindagii Kay December 4 Written Update: Anurag Tells Prerna he Will Not Let Her Get Married to Naveen

Anurag tells Prerna that he will stop her marriage with Naveen

In the latest episode of Kasautii Zindagii Kay haldi ceremony takes place at Sharma house. Nibedita applies haldi on Prerna with an anger on her face. Shivani notices her rude gestures and feels bad. She tries to talk to Anurag but fails. Prerna notices Shivani’s tensed behaviour. Shibani tries talking to Anurag but fails again. Madhuri applies haldi on Prerna and Dadi explains the importance of haldi ceremony. Rajesh and Prerna gets emotional when Rajesh applies haldi on Prerna. Dadi calls Anurag to apply haldi on Prerna. Prerna gets awkward. She later asks him about Shivani. Anurag says that there was nothing but Prerna doubts. Anurag bumps into Prerna. The haldi on Prerna’s face gets on Anurag’s.  Prerna takes him him upstairs to clean his face. Madhuri notices the closeness between Anurag and Prerna. Shivani tries to find out a way to inform Anurag about the eviction letter. Also Read - Kasautii Zindagii Kay Last Episode to Air on October 3, Saath Nibhaana Saathiya Not Replacing The Show

Prerna takes Anurag to the washroom, she washes her hands first. She then goes to get the towel and returns to Anurag shirtless since he has dropped his kurta in a bucket of water. Prerna gets awkward and turns her back. Anurag tries to explain but she leaves. Anurag comes out of the bathroom, Prerna asks him to wear something. But Anurag says that he has nothing to wear since this is not his room. Prerna comes to give him clothes but Anurag again trips and on her. They keep staring at each other. Also Read - Parth Samthaan Exit From Kasautii Zindagii Kay: Makers Ask Writers And Directors to Develop Alternate Tracks For The Actor 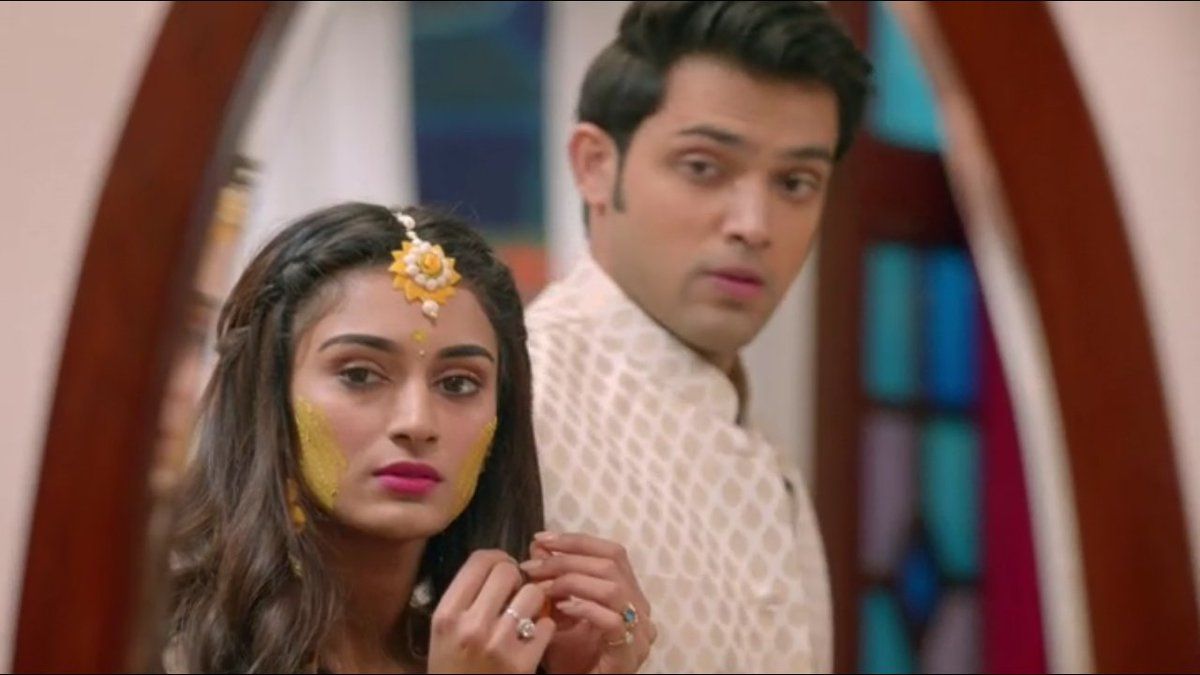 Madhuri thinks she should inform Mohini about Anurag and Prerna disappearing for a long time. Mohini asks about Anurag and Madhuri says that has not come down from Prerna’s room. Mohini starts wondering but gets relieved when Madhuri informs her that Anurag has gone to wash his face. Nibedita tricks Mohini and tells her that Anurag is calling her, just so that Mohini catches the two together. Prerna alarm starts ringing and both Anurag and Prerna get up. Anurag wears another kurta and asks her to look at him. Prerna is still awkward. Anurag tells Prerna that  one of her earring is missing. Anurag wears an overcoat and Prerna cannot stop staring at him.The earring falls from her hand. She picks it up but cannot wear it. Anurag asks is he could help. He comes close to her and help her put on the earring. He compliments her and says that she is looking pretty. Prerna tries to leave but Anurag stops her and asks her if she is hiding something from him. He asks her about the person she takes advice from. says she asks for solution from the Moon. Anurag says that he knows about it. Anurag calls her a crazy girl. Prerna gets mad at him. Later Anurag says that they both are crazy hence they are friends. Prerna asks him if she has told him that he is a nice guy. Anurag agrees. Also Read - Kasautii Zindagii Kay to Get New Cast, Parth Samthaan And Erica Fernandes Bid Adieu? 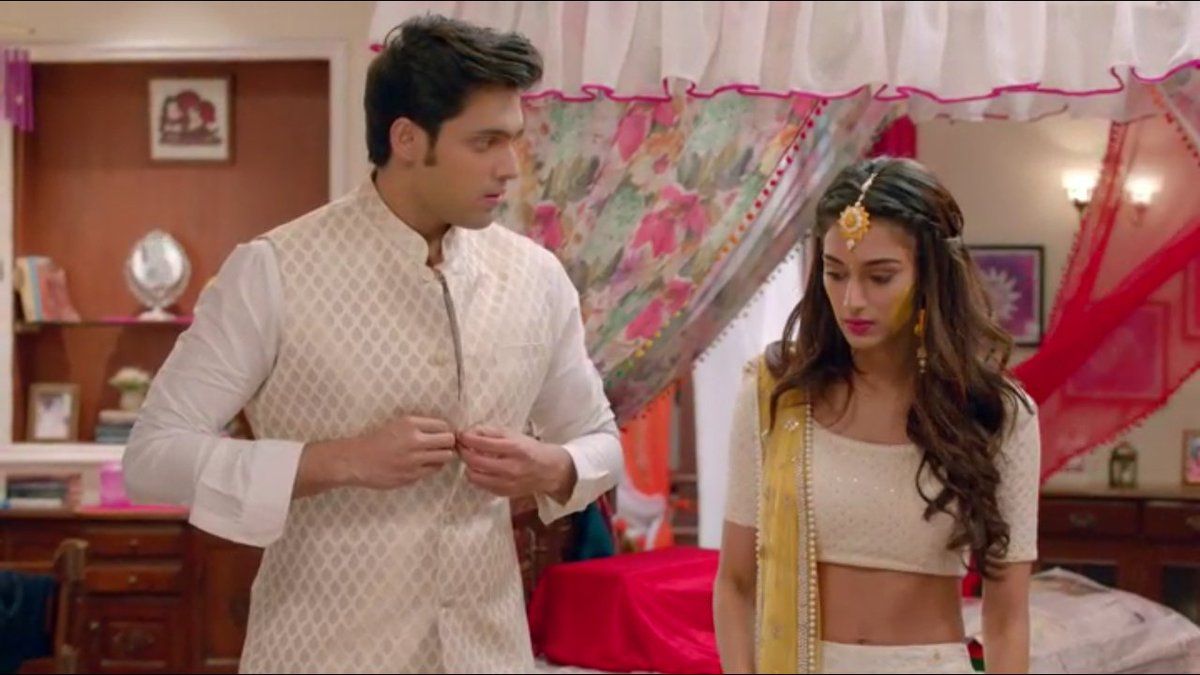 Prerna asks him if she has told him that he is very boring. Anurag says that 99.9% people think the same about him. Prerna again asks if she has told him that she will miss him after she gets married. Anurag says that he does not want her to miss him. Prerna says that missing someone or not missing someone is not in anyone’s hand. He says that he will not let her get married to Naveen and goes away. Prerna says that it is not in his hands now. Anurag says he will get what he wants. Prerna tells him that she is getting married the next day. Anurag says that there are hours to go. Mohini goes upstairs. Prerna asks Anurag not to do anything that will hurt him. Anurag says that he knows she was hurt when his mother slapped him and if it is true then he is ready to get slapped more. Prerna asks him how did he know she was hurt that day. Anurag says that she told him in his dreams. Prerna laughs. Mohini enters the room and asks him what he is wearing. Anurag tells her his kurta was dirty. Mohini comments on his kurta. Prerna tells her it is Shekhar. Mohini calls the clothes “middle class.” Anurag feels Nibedita might think he has feeling for Prerna. Anurag handles the situation and says that he wanted Mohini to see how he looks in that dress. Mohini says that he is her son hence he looks handsome in everything he wears. Mohini turns happy and takes him downstairs. Anurag and Prerna pass a smile.