Will Navin be able to marry Prerna with his bad intentions?

Anurag’s uncle Navin (Mohini’s brother) continues to harass Prerna and shows him setting evil eyes on her. Prerna’s father is shocked after listening that his property is ruined and there is no chance of crop fertilising for the next two years. He is disturbed thinking about the loan he has taken from the Basu family. Meanwhile, Prerna is busy in the sindoor khela ritual in the Durga Puja pandal. The camera shows Navin coming towards Prerna to put sindoor on her but he burns his feet by putting his feet on the burning coal. Also Read - Do You Know Disha Patani Once Dated Parth Samthaan But Allegedly Left Him Because he Cheated?

Navin and Mohini talk to each other and asks him about the colour on his hand. He says that Lord Durga wants him to get hitched and put this sindoor on a girl he loves. Excited to hear that her brother is in love, she asks him to show the girl and he points out that Prerna. Mohini tells him that there is a lot of age difference and he will get a better girl than her. Navin anyhow said that he and Prerna are made for each other and he will marry her at any cost. Also Read - Kasautii Zindagii Kay, Nazar Actor Sonyaa Ayodhya Ties The Knot With Longtime Beau Harsh Samore at Grand Wedding in Jaipur 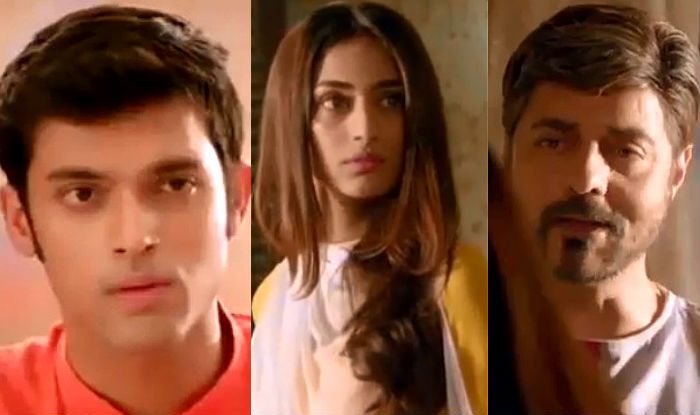 Anurag and Prerna have a moment during the procession of Goddess Durga idol. Navin rushed towards Prerna and again tried to harass her by holding her hand. Also Read - 'Mere Dad Ki Dulhan' Star Shweta Tiwari Calls Her Second Troubled Marriage With Abhinav Kohli as 'Infection'

Prerna’s friend asks her about Anurag’s uncle’s behaviour and why she didn’t slap him.

Navin convinces Mohini to talk to Moloy about his and Prerna’s rishta. Mohini promises Navin that Prerna will be his wife soon.

Prerna’s friend asks her to be the wing girl between her and Anurag. However, Prerna slips and Anurag saves Prerna from falling down. Prerna’s friend and other girl fight over Anurag but he chooses Prerna and walks away with her.

Prerna asks Anurag if he has ever travelled in a taxi leaving his luxurious car and they go and sit in a taxi. Anurag and Prerna talk about love during their journey to Anurag’s home. They argue over love as their thoughts conflict with each other. Anurag claims that he will never fall in Prerna’s kind of love.

Meanwhile, Prerna’s father disturbed with the news and fight with her wife asking how much more time will he ask Basu’s to repay the loan.

Will Anurag save Prerna from Navin’s harassment? Watch out for the next episode. Stay tuned for all the latest updates and gossip on Kasautii Zindagii Kay!