Katie Holmes' rumored romance with Jamie Foxx has reached a set ahead as the actress has reportedly said the three magical words to the actor. 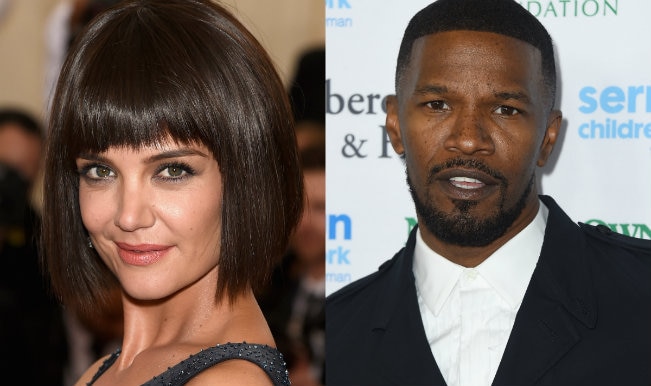 Also Read - Jamie Foxx Walks Out Of Interview When Asked About Rumoured Girlfriend Katie Holmes; Reveals All About Their Relationship With His Expression

Washington, May 15: Katie Holmes‘ rumored romance with Jamie Foxx has reached a set ahead as the actress has reportedly said the three magical words to the actor. A source has informed that the ‘Miss Meadow’ actress called the 47-year-old actor after landing at L.A.’s LAX Airport and expressed her love to the actor, Us Magazine reported. Also Read - Nadia Comaneci in India: 8 facts about the first Olympics gymnast to score a perfect 10 at the Games!

The source further informed that the 36-year-old American actress always gushes about how amazing the ‘Django Unchainedhe’ actor is and the joy he brings into her world. An insider spilled that Foxx told his pals that his girl is calling when Holmes called him from the airport as he is someone she can trust and have fun with. Also Read - Model Abbey Clancy uses snake venom for youthful skin: 5 bizarre beauty treatments used by celebrities!