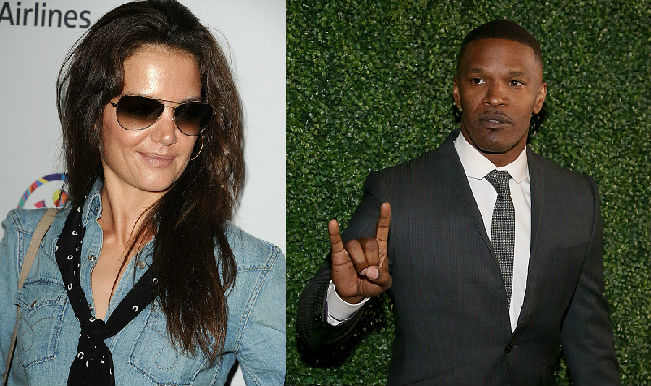 Also Read - Jamie Foxx Walks Out Of Interview When Asked About Rumoured Girlfriend Katie Holmes; Reveals All About Their Relationship With His Expression

Los Angeles, March 18: Actress Katie Holmes and Jamie Foxx have reportedly been spending a lot of time together for over a year, but it’s nothing serious. Sources don’t expect Holmes to take things to the next level with Foxx, reports people.com. Also Read - Nadia Comaneci in India: 8 facts about the first Olympics gymnast to score a perfect 10 at the Games!

“This is not some intense romance. Jamie and Katie are friends and have been for a long time. They are two adults who are attractive and single, and so apparently conclusions will be drawn. But contrary to those conclusions, they’re not about to run off and make some serious commitment,” the source said. Also Read - Model Abbey Clancy uses snake venom for youthful skin: 5 bizarre beauty treatments used by celebrities!

Another insider said that Holmes has been “often” spotted visiting Foxx at his nearby home. They are said to “spend hours together” at a time. Neither Holmes’s nor Foxx’s representatives have commented on the rumours yet.