Katrina Kaif speaks on living-in with Ranbir Kapoor, and her vibes with Deepika Padukone (Watch video) 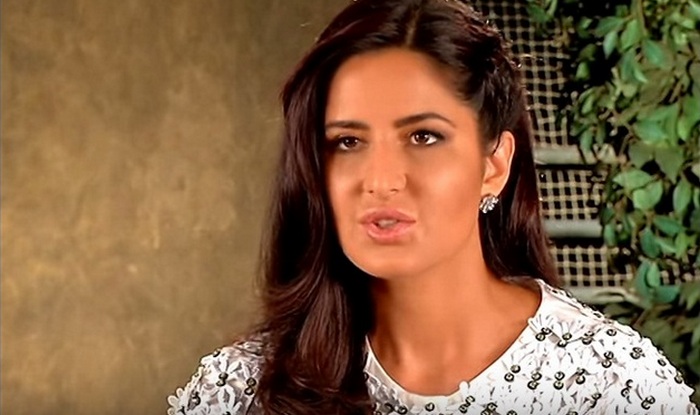 It’s not always that Katrina Kaif opens up about her relationships and her career. The last time she really spoke about her ex-boyfriend Salman Khan and her current beau Ranbir Kapoor was at the India Today Conclave 2015. She had revealed how close she was to Salman even though they are not together. In a rare interview to Rajeev Masand, Entertainment Editor, CNN-IBN, Katrina opened her heart out about managing love and relationships in Bollywood. Also Read - Drug Nexus Case: NCB Denies Deepika Padukone's Co-Stars 'A', 'R', 'S' Under Their Scanner, Calls It 'False Stories'

Katrina spoke about her living-in with Ranbir Kapoor, and how every woman has to have a work-life balance. When Rajeev asked her about her movie star life on the one hand and on the other that of a young girl sharing a house with her boyfriend, she said, “Every woman – no matter what industry you’re in – you have to learn to balance your life.” Also Read - Salman Khan To Resume Radhe Your Most Wanted Bhai Shooting From October 3, Sohail Khan Shares Safety Guidelines

Katrina goes on to speak about the Sheryl Sandberg book called Lean In: Women, Work, and the Will to Lead that is about balancing work life. “The book verbalises and vocalises that you have to be able to do it…and some sacrifices come along the way,” said Katrina. But “Don’t lose focus of you, of your identity,” she advised.

Katrina spoke about battling with more personal issues in recent times. “In these two years, my work took a back seat,” she said, when compared to her contemporaries. While “Kangana Rananut, Deepika Padukone and Vidya Balan did very powerful, strong, women-oriented films, she said, adding, “A lot of these films had been offered to me – maybe I didn’t recognise the potential….”

“I watched Tanu Weds Manu… and it’s too much fun; it inspires you!” she said. Katrina confessed that “You always feel that pinch – maybe not that particular film, but…”

Rajeev asked, “Do you feel that your marriage is something that people look forward to and not your next performance? They only want to know when you’re getting married!” To which Katrina replied, “I don’t feel that way… People have been speaking more about my equation with Ranbir or whoever.”

Has she become more thick-skinned as far as gossip is concerned, especially about Ranbir’s ex-girlfriend Deepika Padukone? Katrina laughed at these stories. “We’re not silly people, you know. (Mocking) You’re not just somebody else’s partner, you’re not. That’s not the way I see it.”