Bollywood grapevine is abuzz with the rumours of Vicky Kaushal and Katrina Kaif dating each other. Now, at the special screening of Vicky's film Bhoot Part One-The Haunted Ship, Katrina was seen posing with her sister Isabelle Kaif.

Actors Vicky Kaushal and Katrina Kaif are rumoured to be dating each other. Even though in his latest interview, the actor denied the rumours, the buzz doesn’t seem to be dying anytime soon. On Wednesday night, Katrina was clicked by the paparazzi at the special screening of Vicky’s film Bhoot Part One: The Haunted Ship. The actor had the company of her sister Isabelle Kaif at the event. While both Vicky and Katrina didn’t get clicked together, various reports suggested that Katrina wanted to extend her support to the talented actor with her presence at the screening. Also Read - Nykaa Femina Beauty Awards 2020: Deepika Padukone, Anushka Sharma, Katrina Kaif, Ananya Panday And Others Glam up 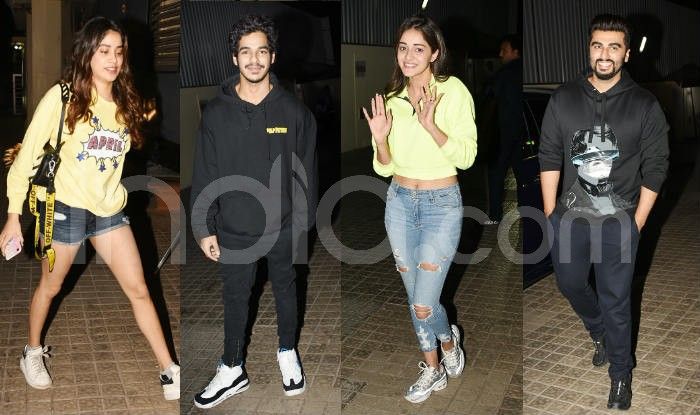 There are strong rumours in the industry that the cupid has struck Katrina and Vicky. However, they are keeping it under the wraps because both the actors have had a bitter dating experience in the past and they want to take their own time to let the relationship grow. Also Read - Vicky Kaushal Has THIS to Say on Dating Katrina Kaif After Breaking up With Harleen Sethi

Recently, during a promotional interview for Bhoot, Vicky was asked to comment on the rumours of his affair with Katrina and he quashed all the reports by saying that he only wants to concentrate on his work currently. The speculations began when Vicky and Katrina were clicked celebrating Diwali together with Vicky’s childhood friends at his place. Later, it was also reported that Vicky was the first one to cheer loudly for Katrina when she took over the dance floor at Ali Abbas Zafar’s birthday bash. What do you think of their chemistry?