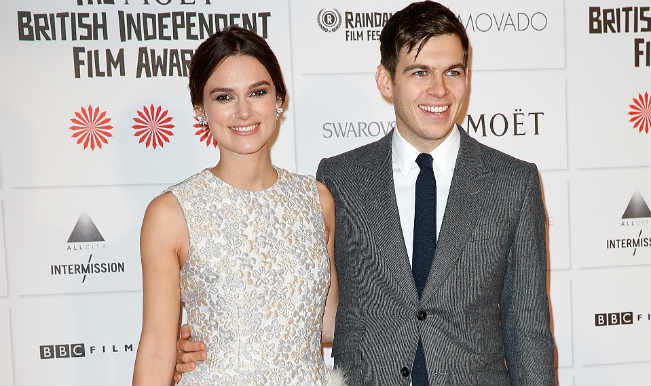 Also Read - Pirates of Caribbean: Dead Men Tell No Tales trailer review: Jack Sparrow is all set to blow you away in his next!

Washington, May 27: Keira Knightley has given birth to her first child with her musician husband James Righton. ‘The Imitation Game’ actress recently dished on ‘The Ellen DeGeneres’ show stating that she is all set to give birth to her baby and bring out of her, E! Online reported. Knightley and Righton, who have been married since May 2013, have mutually decided to maintain a balance between work and family. (READ: Keira Knightley voted most stylish mum-to-be) Also Read - Kate Winslet in 'Collateral Beauty'?

Her pregnancy rumours first emerged in November when Star magazine reported that she and Righton were expecting and it was a happy surprise for the couple. ”Keira and her stylist have been putting together looks that hide her growing bump,” a source said. It was announced Wednesday that her role as codebreaker Joan Clarke opposite Benedict Cumberbatch in wartime drama “The Imitation Game” had earned her a nomination for the prestigious Screen Actors Guild Awards, which are seen as an indicator for upcoming Oscar nods. Also Read - Gurinder Chadha getting Bend It Like Beckham musical to India

Keira Knightley was voted most stylish mother-to-be. The 29-year-old ‘Atonement’ actress fought off tough competition from the Duchess of Cambridge Kate Middleton in a poll by baby brand My1stYears.Com, reported Hello! magazine.