Khatron Ke Khiladi is India’s most loved stunt reality TV show hosted by filmmaker Rohit Shetty. The tenth season of the show’s telecast was stopped due to the COVID-19 pandemic from the 29th of March to the 27th of June. Now, for the first time, the show is being streamed on the Voot streaming platform on the same as a TV which is made available only to Voot Select subscribers.Also Read - Karishma Tanna- Varun Bagnera’s Wedding Details: From Performing Gujarati-South Indian Rituals to Actor Wearing Kanjivaram Saree

This season was held in Bulgaria but due to the pandemic, the finale is set to be held in Film City, Mumbai. The show has reached the final stage, last weekend, we saw the semi-finale round where Karishma Tanna beat Karan Patel to become the contender for the finale stunt. While the grand finale will telecast this weekend, it seems we know who is the winner. There are reports that suggest Karishma Tanna has won the show. Also Read - After Sooryavanshi, Rohit Shetty Moves to OTT With 'Mission Frontline'

TV Czarina Ekta Kapoor gave her fans a major hint after she posted a congratulatory message to Tanna. She recently took to her Instagram handle to share a video message congratulating Karishma Tanna. Since then, Khatron Ke Khiladi fans have been speculating if Karishma has won the show. Also Read - Rohit Shetty on Adding a Female Cop in Universe, Cirkus, Critics, Sooryavanshi's Success, And More | Exclusive 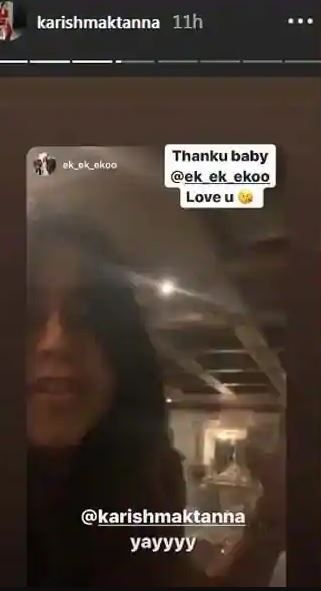 Ekta’s message read, ‘This is congratulations to Karishma from us. To which Karishma responded, ‘Thank you, baby, Love you.’

Well, if the speculations are right, then it will indeed be great news for Tanna fans.

“I tried overcoming all the fears and I used to think that I would see other contestants doing this. Today, I am doing these stunts and a part of it. I can’t believe it, talking to Rohit sir and listening to his stunt details and being a part of it”, she added.