Kiara Advani shares a sweet note for her Shershaah co-star Sidharth Malhotra as they wrap up the first schedule of the film.

Kiara Advani is gearing up for her next film Kabir Singh where she will be seen with Shahid Kapoor. She has recently wrapped up the first schedule of Shershaah with Sidharth Malhotra. Recently, the actor shared a picture with ‘legit friend’ Sidharth and shared her experience working with the actor. Also Read - Rajesh Khattar Denies Bankruptcy Reports: 'People Said I Was Broke, Mere Paas Khaane Ke Paise Nahi Hain'

Kiara, took to her Instagram handle to share pictures with her films team after wrapping up the first schedule. Sharing a picture with Sidharth, she captioned it, “My rumoured boyfriend but legit friend it’s been a pleasure working with you this sched! See you on the next one”. Also Read - Kiara Advani Shares Sexy Bikini Video From Maldives as She Misses Traveling, Alia Bhatt And Others React 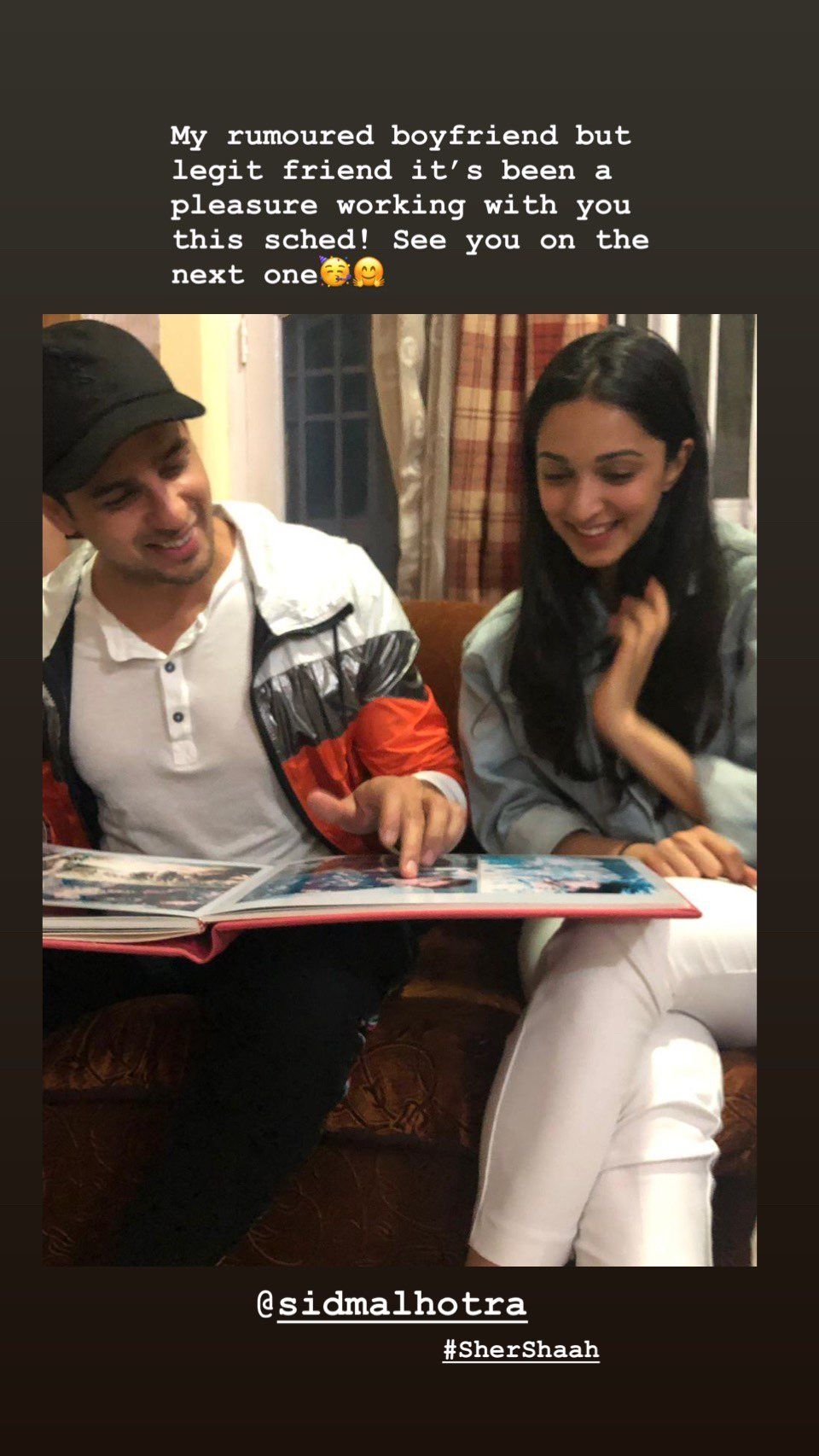 Kiara’s upcoming film Kabir Singh is a remake of the Telugu film Arjun Reddy. The trailer had scenes exactly the same as Arjun Reddy. Earlier when asked about the same, Shahid called Arjun and Kabir cousins. He told Mid-Day, “Vijay Deverakonda was spectacular in the film. If you ask me, Kabir Singh and Arjun Reddy are cousins; they are not the same person”.