Kiara Advani and Sidharth Malhotra are seen enjoying their time together on the dance floor at Armaan Jain and Anissa Malhotra's wedding reception that happened last weekend. The video of the rumoured couple has gone viral.

Kiara Advani and Sidharth Malhotra are rumoured to be dating each other for sometime now. A new video featuring the two stars is currently doing the rounds on social media. It shows the couple shaking a leg at the recently happened wedding reception of actor Armaan Jain and Anissa Malhotra. Also Read - Bollywood News Today, February 8: Kareena Kapoor Khan–Karisma Kapoor’s Dance Performance on Tareefan at Armaan’s Reception becomes Top Trend on Instagram

Almost the entire film fraternity was present at the big wedding function and Kiara-Sidharth made sure the eyes were glued to them inside the party. The video shows them grooving together along with some friends. Kiara is seen dressed in a gorgeous violent-golden Manish Malhotra lehenga while Sidharth is looking dapper in his blue traditional outfit. Check out the video here: Also Read - Bollywood Celebs Shine at Armaan Jain-Anissa Malhotra's Wedding Reception

While Kiara and Sidharth made separate entries at the function, they spent their time together inside the party. They also attended a small get together at filmmaker Karan Johar‘s residence that happened the following evening. The two arrived in separate cars and avoided getting clicked together. 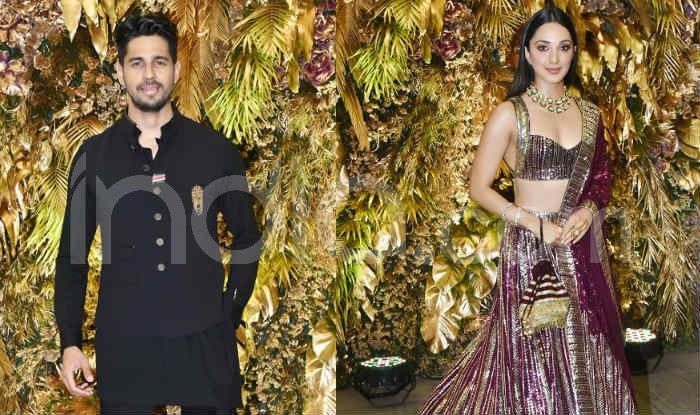 The rumours of their relationship surfaced in the grapevine after they were clicked spending New Year at the same place, same time. Even though Kiara and Sidharth were careful about not posting any picture in which they were posing together, the pictures shared in the Instagram stories showed the same background. Both the stars exited the airport at the same time but didn’t pose for the paparazzi. They have not gone official about their relationship yet.

The duo is gearing up for the release of their upcoming film titled Shershaah. Directed by Vishnuvardhan, it’s the story of Param Vir Chakra awardee and army captain Vikram Batra. Sidharth plays a double role in the film. He portrays the titular character and the role of his brother named Vishal Batra. Kiara takes up the role of Dimple Cheema, Vikram’s lady love. The film hits the screens in July this year.