As predicted, Salman Khan's movie Kick has collected Rs 100 crore at the box office in India, egged on by the Eid holiday of Tuesday, July 29. 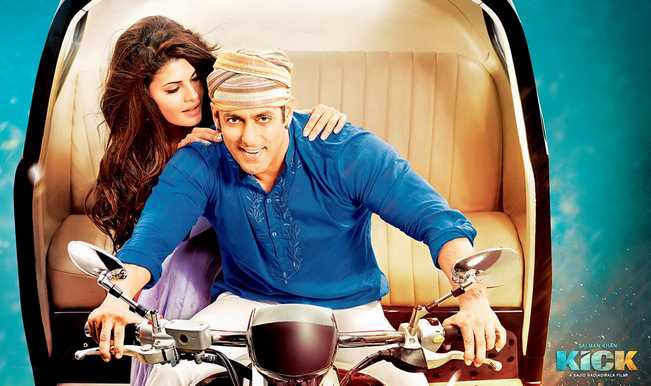 As predicted, Salman Khan’s movie Kick has collected Rs 100 crore at the box office in India, egged on by the Eid holiday of Tuesday, July 29. Kick’s three-day box office figures stood at over Rs 83 crores, and so it was obvious it will garner Rs 20 crore more in the next two days – Monday and Tuesday. The film’s opening collections were the highest this year yet. Also Read - Tiger 3: Salman Khan to Begin Shoot in February? - All You Need to Know About YRF's Film

UPDATE: Kick box office report: Salman Khan’s film crosses Rs 200 crore at the BO!
Also Read - Bigg Boss 14: Famous YouTuber CarryMinati to be a Part of Show? Here's What he Has to Say

Trade analyst and film critic Taran Adarsh tweeted about Kick, saying, “And as you read this, #Kick enters ₹ 100 cr Club in India…”

Salman celebrated Kick’s success and the festival of Eid with a party for family and friends, and also pledged to donate a part of his earnings for 100 children suffering from heart ailments.

Kick, the directorial debut of producer Sajid Nadiadwala, will be one of the biggest box office movies of 2014. Apart from swashbuckling Salman, Kick also starred Jacqueline Fernandez, Nawazuddin Siddiqui, Randeep Hooda and Mithun Chakraborty in important roles, among other actors.