Kissing: Are Ranveer Singh and Deepika Padukone’s smooches in Ram-Leela the best in Bollywood?

A look at the five best kisses in Hindi cinema 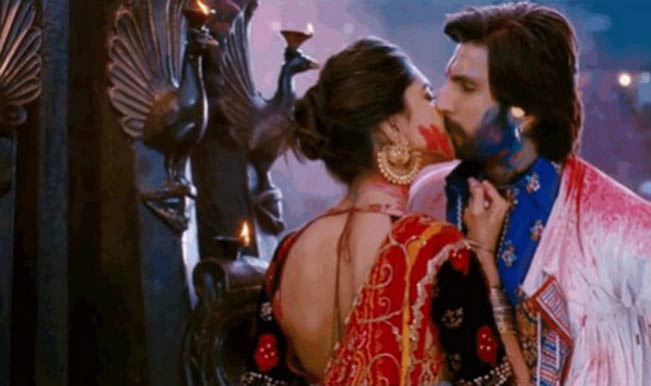 Actor Ranveer Singh claimed that his kisses with the sexy Deepika Padukone in their film (Goliyon Ki Raasleela – Ram-Leela are Bollywood’s best onscreen lip-locks ever. But we beg to differ, and to prove our point, we take a look at some passionate B-town smooches which we think could easily outdo Ranveer-Dippy’s kisses. Also Read - Kriti Sanon to be Sita Opposite Prabhas' Ram in Om Raut's Adipurush? Read on

This one sure got the audience in the theatres again and again! Why not? Perfectionist Khan made sure he rehearsed the smooch with the young Karisma Kapoor several times to get the passion and urgency just right and make the viewers skip a beat. And boy, did they get it right! Take a look – we think Raja Hindustani was more successful because of the smooch than the poor man-rich girl love story. Or was it? Share your comments.

Even the celibate ones sat up and took notice of this one. Emraan and Mallika’s natural onscreen chemistry still works in this murder mystery. So much so that whenever Bheege hoth tere – the song in which they’re shown making love – plays on TV, it makes you not want to switch the channel. Correct?

This was in the song Aaj phir tum pe pyar aaya hai. A young, newly married girl – played by Madhuri Dixit – in the arms of her underworld don husband (Vinod Khanna) as he smooches her. A pot-bellied hubby kissing a petite wife and their visible age difference made some cringe. But the kiss was hot all right and worked for the masses.

Remember this one? Not a very long kiss, but a hot one under the sheets. The fresh chemistry of a young live-in couple played by the peppy Preity Zinta and the cool Saif Ali Khan is just right. Take a look.

This was again a rehearsed, waiting-to-happen kiss, we read. But it definitely added to the song Hum tere bin kahin reh nahin paate – Pooja and Sanju Baba sitting facing each other on a swing, and then suddenly springing up and falling in each other’s arms to a kiss. And the era, in which the film was released – like Dayavan and Raja Hindustani – smooches were few and far between in Bollywood. So this one was definitely noticed!

Do you agree with this list of hot kisses of Bollywood?