Kiwi musician: I became a part of India and Indian music

Now settled in Mumbai, McCleary has brought to the table "Khoya khoya chand", "Hawa hawai", "Dhak Dhak" or the recent "Fifi-- Jata kahan hai deewane", making him quite a master at serving old wine in a new bottle. 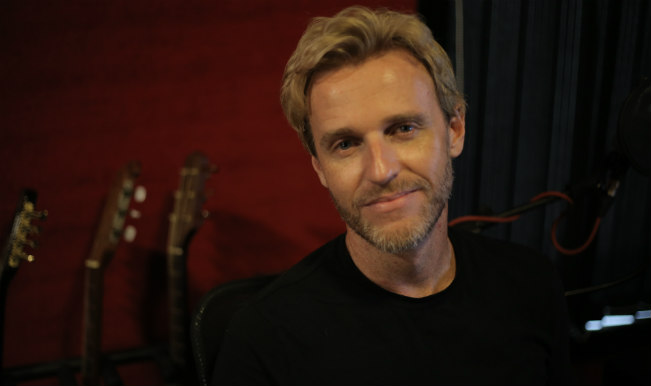 New Delhi, June 6: He comes from New Zealand, but his passion for music transcends boundaries. Mikey McCleary, who has recreated some evergreen Bollywood tracks and infused youthfulness in them, says Indian rhythms tug at his heartstrings and they have now become a part of him. (Read: HOT: Karishma Tanna strips in Mikey McCleary’s song Khoya Khoya Chand (watch video)) Also Read - Vidya Balan To Reprise Role Written For Sridevi In Omerta Director Hansal Mehta's Film?

Now settled in Mumbai, McCleary has brought to the table “Khoya khoya chand”, “Hawa hawai”, “Dhak Dhak” or the recent “Fifi– Jata kahan hai deewane”, making him quite a master at serving old wine in a new bottle. Also Read - Sridevi gave me my Bollywood break in 2000: Agnimitra Paul

“Old recordings are beautiful and I love them. But a lot of people, especially the young generation, terms old recordings as old and passes them off as something not from their generation. So redoing the old melodies is a way to make people listen to them. It is a way to appreciate how wonderful old composers were,” McCleary told IANS on the phone from Mumbai.

It was a brief rendezvous with India during his professional trips that urged him to settle down in Mumbai, which, to many creative minds, is the City of Dreams in India. “Gradually I became a part of India and Indian music became a part of me,” he said. McCleary landed in India with a bag full of several musical influences. Born in Chennai, McCleary did a course at Wellington Conservatorium of Music and Victoria University of Wellington. He then moved to London to work as a music producer at the Trident Studios.

It was a ‘lucky’ coincidence of stumbling upon singer Lucky Ali in London, and that opened doors for McCleary, who was engrossed in Western music, to try his skills in Hindi music. The collaboration gave hits like “Sunoh” and “O Sanam”. “He (Lucky) came to London to record for some music director, but that didn’t work out. So he introduced himself to me. As his recordings could not happen, I told him to come back and make music with me. We did two songs and then we also did some albums.

“After that I started coming to India for concerts. It is because of Lucky that I got to know more about Indian music and started working with other music directors like A.R. Rahman,” he said. He is the man behind catchy advertisement jingles for brands like Vodafone, Titan, Lakme and Levi’s.

Bollywood also got a taste of McCleary’s music as he started his voyage in the tinsel town by composing the background score for Dibakar Banerjee’s “Shanghai”, continuing his journey with films like “Shaitan” and “Kahaani”. He also doled out two promotional songs for Anurag Kashyap’s “Bombay Velvet” — “Fifi” and “Mohabbat buri bimari”.

The music producer asserts that he likes to incorporate live instruments to the old melodies to give them a new lease of life. “I feel that the beauty of old songs is enhanced by live instruments. I try to keep it as live as possible. I feel it is important to try to enhance the beauty of the original songs,” he said.

He may be making music for Bollywood, but McCleary points out that he doesn’t take influence from any Hindi films. Instead, he soaks in vibes from the environment. “I don’t like to stick with one style. I don’t think my music is influenced by Bollywood. I get influenced by music all around me,” he said.

What about folk music? “It is very important in Bollywood to have some kind of connection to folk music. I have done some sort of traditional and folk influenced songs like ‘Gannu rocks’, which is a mixture of folk and rock music.

“I want to learn more about Indian folk music to capture the essence of it. It is nice to understand it and give the flavour into your composition,” added McCleary, who won the Best Composer Award at the 9th Asian Film Award ceremony for “Margarita With A Straw”. Image credit: IANS