Koffee With Karan: Priyanka Chopra And Kareena Kapoor Khan Could Make For Spicy Entertainment as Next Guests

Priyanka and Kareena had on previous shows made snide comments against one another.

It appears the entertainment on Koffee With Karan season six is going to get even more entertaining, as two of the hottest gals of Bollywood are going to be his guests if everything goes as planned. Actresses Priyanka Chopra and Kareena Kapoor Khan could make an appearance on Karan Johar’s show, and maybe, they will spill some secrets over a cup of coffee. Also Read - Kareena Kapoor Khan Pouts in First Selfie After Birth of Second Child, Arjun Kapoor Says 'Roast Chicken Glow'

Reports are doing rounds that Karan has managed to get Priyanka and Kareena to agree to appear together for his show. Why the fuss over the two getting together for a cup of coffee on a show? Well, they have at times not been able to see eye to eye on certain topics. According to a report in Mirror, the last time they were on Karan’s show, albeit separately, they ended up making snide comments against each other. Also Read - Saif Ali Khan's Mom Sharmila Tagore Stuck in Delhi, Hasn't Seen Kareena Kapoor's Baby No. 2 Yet

Their bone of contention was Priyanka’s accent, which Kareena picked upon. Kareena is believed to have said she wanted to ask Priyanka where she got her accent from, to which Priyanka replied she got it from where Kareena’s then boyfriend Saif Ali Khan did. The two have not shot for their episode as yet, but are believed to have agreed to a joint show. Also Read - What is Kareena Kapoor Khan – Saif Ali Khan’s Baby Name? Nana Randhir Kapoor Has to Say This 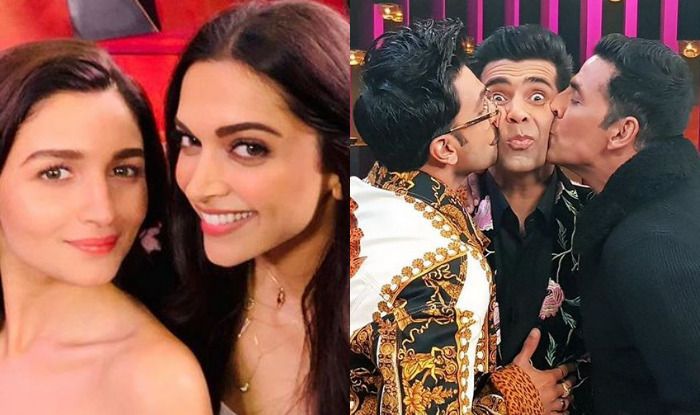 The sixth season of the show was started off by actresses Deepika Padukone and Alia Bhatt, with the two sharing stories about their respective lives, like boyfriends and marriages. Next up on the show are actors Ranveer Singh and Akshay Kumar, and looking at the trailer of the episode, we can definitely say there is going to be a lot of entertainment, especially the hilarious kind.