Krishna Shroff Announces Break-up With Boyfriend Eban Hyams, Asks Fans to Not Tag Her With Him in Pics

Tiger Shroff’s sister and Jackie Shroff’s daughter Krishna Shroff, who was dating Eban Hyams, shared a shocking message, requesting fans that not to tag her with Eban in any of the edits as they broke up. She also said that she is informing everyone as their relationship was public. Krishna Shroff never used to shy from posting romantic pictures with him. Now, she has asked all the fan clubs to not associate them together. The post reads: “All you fan clubs are cute and all. But please stop tagging me in edits with Eban. We aren’t together anymore. So stop associating us. Letting you all know since it was so public.” Also Read - Krishna Shroff Gives it Back to Trolls Who Commented on Her Face Makeup- Read on

The couple used to post their love-dovey pictures on social media that said a lot about their beautiful chemistry. Also Read - Krishna Shroff’s Ex-Boyfriend Eban Hyam’s Instagram Story Reveals A lot About Their Breakup 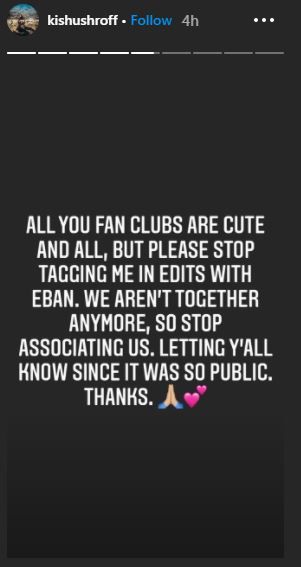 Amid the lockdown, Krishna had share romantic moments, throwback pictures with. However, the photos have been deleted recently post-breakup. 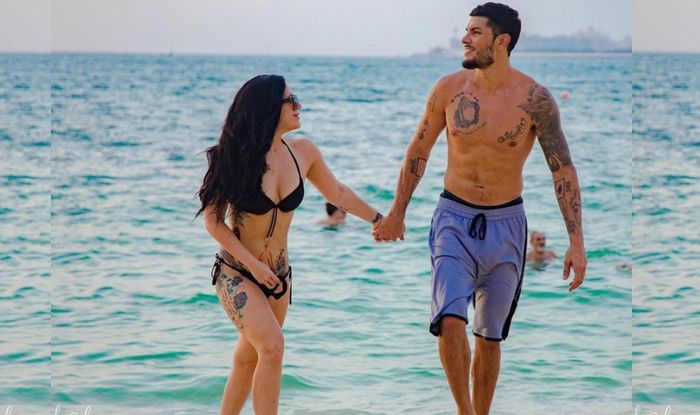 Opening about Eban, Krishna had revealed that she met Eban through a common friend whom she was meeting after a long time. She was quoted as saying, “I was catching up with a friend of his whom I hadn’t met in a long time, but eventually ended up chatting with Eban. Eban and Tiger have played basketball together but he never knew that Tiger has a sister.”

Eban is a basketball player, he is also a fitness enthusiast and a musician. Probably his inclination towards fitness is something that attracted him towards Krishna who, too, loves working out. The two had even thought of getting married, however, things didn’t work well.