She's walked the ramp for designers of repute like Tarun Tahiliani and Rohit Bal, but actress Kriti Sanon, who recently made her Bollywood debut with-starrer "Heropanti", says facing the camera has been an easier and more comfortable experience for her than doing the catwalk. 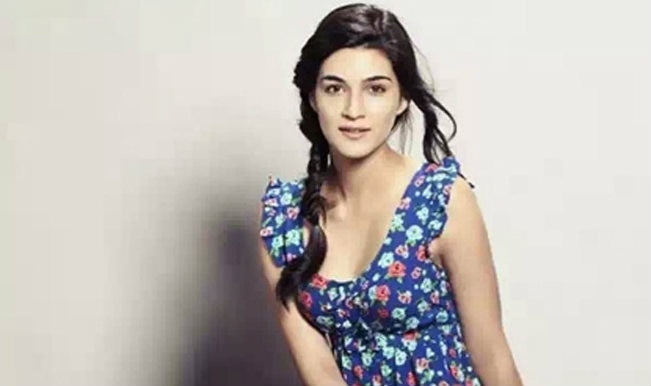 New Delhi, June 7: She’s walked the ramp for designers of repute like Tarun Tahiliani and Rohit Bal, but actress Kriti Sanon, who recently made her Bollywood debut with-starrer “Heropanti“, says facing the camera has been an easier and more comfortable experience for her than doing the catwalk. Also Read - Kriti Sanon Looks Divine in a Traditional Red Manish Malhotra Lehenga, Do You Like?

“I feel that modelling has groomed my personality and made me a confident person, but even today when I go on the ramp, I get nervous. I am more comfortable being in front of the camera than walking on the ramp,” the 24-year-old told IANS on phone from Mumbai. Also Read - Nora Fatehi Looks Regal in Rs 3.7 Lakh Ivory Anarkali Kurta Set by Tarun Tahiliani

She has her reasons.

“While walking on the ramp, you face a live audience and those few minutes of walk has no retakes, while even if you are surrounded with many people in front of camera, you are sure of correcting your mistakes with retakes,” she added.

Kriti was born and brought up in Delhi. She did her schooling from Delhi Public School R.K. Puram and later pursued her B.Tech in Electronics and Communication. Her first ramp show was at the age of five when she shared the ramp with biggies like Madhu Sapre and Milind Soman.

However, modelling was a hobby for her. Acting became a natural progression.

“Modelling was never a career option for me, it was always a hobby. I was modelling while I was pursuing my B.Tech, so the obvious choice after finishing my studies was to do a job. But while I was modelling and doing TV commercials, I really loved being in front of the camera. I enjoyed the shooting process.

“Probably, I was meant to act,” she added.

“Heropanti”, that was released May 23, was declared a hit at the box office with a collection of over Rs.21 crore in its opening weekend itself. Co-presented by UTV Motion Pictures and Nadiadwala Grandsons Entertainment Pvt. Ltd., and produced by Sajid Nadiadwala, the film was directed by Sabbir Khan.

Kriti is overjoyed with the success of her very first Bollywood project, and she’s determined to impress the audience again with her second venture.

“‘Heropanti’ is a film of newcomers and still it has caught such a great response, so it’s a great feeling. It feels very encouraging as a newcomer and I am feeling overwhelmed,” she said.

“The first film is very important and one needs to choose the right kind of debut project. I also think the second film is equally important as it needs to be a notch higher.

“You need to choose the right kind of film because it’s an important career move. I don’t think one film is enough to showcase your talent or to show your abilities as an actor. So, I would want another great script and good role,” she added.

A fan of actresses like Kangana Ranaut, Deepika Padukone and Anushka Sharma, this Delhi girl doesn’t want to restrict herself to only glamorous roles.

“These days there are so many different kinds of roles that are being appreciated. I believe the audience is reacting well to different kinds of films. So, I would also want to do a role which gives me a chance to show my skill as an actress.

“It should be an opportunity where I have something to do rather then just playing a side role or adding a glamour quotient,” said the actress.