If "Garam Hawa" were to be moved from Agra to the India-Pakistan border, it would have probably been this big-little film about the bitter-sweet encounter between two soldiers from the two sides of the barbed wire. 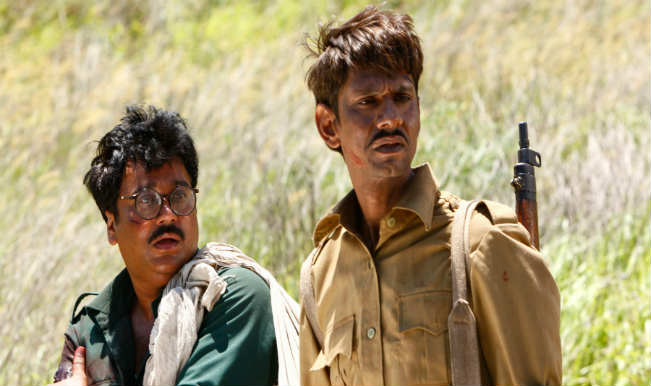 There’s something to be said about a film that takes so many risks with mainstream tastes that it automatically becomes a part of an endangered species of cinema known as Noble Art. Also Read - Sanjay Dutt Remembers His 'Idol, Friend, Mentor And Parent' Sunil Dutt on His 16th Death Anniversary

They don’t make movies like these. Not any more. Not too often in the past. Several years ago, Sunil Dutt shot “Yaadein” with just one character on screen throughout. In “Kya Dilli Kya Lahore” (KDKL) there are two characters, both respresentational and yet so finely played out that they emerge from the morass of mutual distrust as memorable individuals. Also Read - Nargis Dutt's Birth Anniversary: Remembering Legendary Actor With Old Pictures That Are as Loved as Her Films

The partition has given us many memorable films. KDKL brings us a heartwarming, seriocomic parable on cross-border amity. With two outstanding actors – Vijay Raaz and Manu Rishi, this saga of soldierly solidarity looks at a historic twist of fate with unflinching sincerity and heartbreaking irony.

The writing is lucid, literate, luminous and funny. It doesn’t falter.

To go back to the beginning, post 1947, a Pakistani soldier played by Vijay Raaz strays into Indian territory and gets embroiled in a bitter-sweet verbal-physical duel with an Indian soldier. In a film such this where the dialogue between two characters sustains and nurtures the under-nourished drama, it is acutely imperative that the two central performances and the dialogues are perfectly cooked, crisp crunchy and easily digestible.

On both the counts, KDKD emerges trumps. Manu Rishi has not only written the dialogues, he has also played one of the two protagonists, the Indian soldier, if you must know. And what a fine job Manu has done in both the departments. The verbal sparring between the two soldiers could have easily lapsed into cheap name-calling between the two sides. Eschewing every provocation to get nasty, the dialogues take digs at India-Pakistan differences without losing their basic sense of humour.

Well, ha ha. And Ahem. KDKL makes us uncomfortable without pointing accusing fingers at either side. As a director Vijay Raaz, is not in search of solutions to the age-old cross-border conflicts. There is a deliberate staginess to the proceedings, a pronounced verbosity that never gets cumbersome, because, like I said, the writing has a distinct and distinctive ‘quoting’ edge without getting show-offy.

There are some extremely squirmy references to bodies being transported from both ends. When Manu Rishi conversationally asks a Vijay Raaz about his parents, he replies: “You people cut my mother into pieces and sent her across.”

This is as good a place as any to say Vijay Raaz gives a performance that makes the Pakistani soldier look brave yet frail, cruel yet compassionate, cynical and still unspoilt or jaded. He brings to the rugged terrain a history of tears and bloodshed without plunging his solidier’s character into self-pity.

As an actor, Vijay Raaz seldom lets down a film. Here, he takes on the added responsibility of direction. He keeps the proceedings even-paced and free of techno-generated upheavals. The two actors are mostly left to their own devices. The end-result is a film of tremendous warmth and wisdom.

If “Garam Hawa” were to be moved from Agra to the India-Pakistan border, it would have probably been this big-little film about the bitter-sweet encounter between two soldiers from the two sides of the barbed wire.